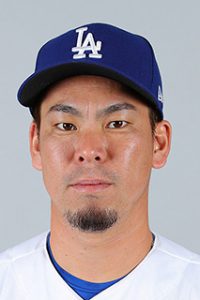 Maeda is a native of Japan and has posted an 11.69 strikeout per nine innings mark, which ranks fifth among Major League starters with 50 or more innings pitched.

Right-handed pitcher Daniel Corcino came up from Triple-A Oklahoma City to replace Maeda, and returns to Triple A upone Maeda’s return. Corcino last pitched Tuesday against Texas, allowing two runs (one earned) on two hits over a career-high 3.0 innings of relief and collecting his first career save. In two relief appearances with the Dodgers this season, the Dominican Republic native has allowed just two runs (one earned) over 4.0 innings (2.25 ERA) and has struck out one batter.