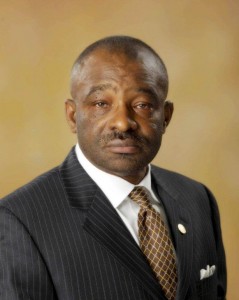 ST. PAUL (March 25, 2015) — In 1789 Benjamin Franklin famously wrote that “Our constitution is now established, and has an appearance that promises permanency; but in this world nothing can be said to be certain, except death and taxes.” And in just about four weeks, April 15 will mark one of the most notorious and nerve-racking days on the American calendar – Tax Day. This day is the Internal Revenue Service’s deadline for us to file our federal tax returns or face significant financial penalty and interest.

Throughout America’s history, the federal tax code and frequently shifting tax policies have had a profound impact on taxpayers from the wealthiest to the poorest of all Americans. As Heather McCulloch, Director of the Tax Policy Project notes, the intended benefits of some tax policies “are often ineffectively targeted and inequitably distributed.”

A number of financial experts have illustrated that by the middle of the 20th Century, changes in the tax code began to have a disastrous effect on lower-income families. These policy shifts essentially sent many families down into the throes poverty while forcing other poor households into an even deeper level of despair.

However in 1975, Congress established the Earned Income Tax Credit (EITC). The EITC is a refundable tax credit designed to benefit low-income workers, especially individuals or married couples that have children. It has been estimated that this year the EITC will provide approximately $70 billion in credits to low-wage earning American workers. Individuals with no children can earn nearly $500 from the EITC, while married couples with three or more qualifying children can benefit from approximately $6,000 in refundable tax credits.

The EITC, particularly in recent years, has proven critical in the struggle to reduce poverty, with some scholars and financial professionals identifying it among the most efficient and effective anti-poverty strategies that the United States currently has at its disposal. In fact, the United States Census Bureau’s Supplemental Poverty Measure demonstrates that in 2013 the EITC and other tax credits such as the Additional Child Tax Credit helped keep more than eight million Americans above the federal poverty line.

In lieu of the EITC, Jason Furman, the Chairman of The President’s Council of Economic Advisers writes that “over the past century we have moved from a tax code that ignored the poor to one that exacerbated their condition to the one we have today that directly reduces poverty for households with children, while increasing incentives for work, education, and advancement.”

In addition to the federal EITC, 26 states (including Minnesota) and the District of Columbia have enacted state EITCs. In Minnesota this is known as the Working Family Credit (WFC) and eligible families with two or more qualifying children can earn approximately $1,900 in. tax credits. Furthermore, during the past few years Minnesota is among a handful of states that have taken additional steps toward reducing poverty through its tax code by increasing the property tax credit for both renters and homeowners.

Now while these federal and state tax policies have made a significant impact in reducing poverty, they are alone not sufficient in that fight.  Moreover, as I have noted before in this column, the formula which measures the federal poverty rate (currently around 16 percent) is woefully outdated and deficient. The Oregon Center for Public Policy suggests a more accurate measure of poverty in America reveals approximately 44 percent of Americans are poor and/or economically insecure.

Notwithstanding this fact, the federal EITC and the Minnesota WFC are tools that must continue to be utilized as long as they are available. Unfortunately, millions of eligible Americans as well as several thousands of Minnesotans are failing to take advantage of federal and state tax credits, either because they are unaware of them, unsure as to whether or not they qualify, or don’t know how to apply.

The first step in remedying this issue is to ensure that all low-income individuals who are required to file federal and state tax returns do so by April 15 of each year. Throughout the nation there are numerous volunteer organizations that provide tax preparation services to low-income households free of charge, while working to ensure that these individuals and families take advantage of the EITC and any other tax provisions for which they may be eligible. In Minnesota, one of the most successful such agencies is Prepare + Prosper (formerly known as AccountAbility Minnesota).

In addition to free tax-preparation and helping eligible clients to maximize tax credits, Prepare + Prosper seeks to increase the access of low-income clients to financial products and services that can assist them in charting a course toward economic independence. In addition to operating multiple tax clinics throughout the Twin Cities metropolitan area, Prepare + Prosper provides training to nonprofit agencies so that they may conduct their own free tax clinics. For more information on locations and services, please contact Prepare + Prosper at (651) 287-0187, via email at [email protected], or online at www.prepareandprosper.org.