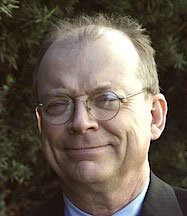 Immigrants to the United States have played no small role in military service to our country.  Given the great sacrifices made by immigrant men and women in uniform, the United States government has sought to provide them with certain benefits not otherwise obtained through normal channels.

One of the bigger benefits for those immigrants placing their lives on the line to protect the inherent values and rights guaranteed by our Constitution is the opportunity to more quickly gain U.S. citizenship. According to U.S. Citizenship and Immigration Services, from September 2002 through May 2013, 89,095 members of the military became citizens.

How does this come about?

There are certain criteria to meet if one seeks U.S. citizenship through military service during a designated period of hostilities such as we face today following events occurring on 9/11.  Those criteria include:

• The applicant served honorably in the U.S. armed forces during a designated period of hostility;

• The applicant must either be a permanent resident (conditional or otherwise) at any time after enlistment or induction OR merely have been physically present at the time of enlistment, reenlistment, or extension of service or induction into the U.S. armed forces in the United States or its outlying possessions (or on board a public vessel owned or operated by the United States for noncommercial service);

• The applicant demonstrates a knowledge of U.S. history and government;

• The applicant is able to demonstrate good moral character for at least one year prior to filing the application until the time of his or her naturalization; and

• The applicant has an attachment to the principles of the U.S. Constitution and is well disposed to the good order and happiness of the U.S. during all relevant periods under the law.

At the same time, moreover, the applicant is exempt from the general naturalization requirements of continuous residence and physical presence.

The benefit of U.S. citizenship is available as well to our men and women who served in the military during peacetime. But, different criteria apply:

• The applicant is age 18 or older and served honorably in the armed forces for at least 1 year and, if separated from the service, separated in an honorable fashion;

• The applicant is a permanent resident at the time of the naturalization examination;

• The applicant demonstrates a knowledge of U.S. history and government;

• The applicant has been a person of good moral character during all relevant periods under the law;

• The applicant has an attachment to the principles of the U.S. Constitution and is well disposed to the good order and happiness of the U.S. during all relevant periods under the law; and

• The applicant has continuously resided in the United States for at least 5 years and been physically present in the United States for at least 30 months out of the 5 years immediately preceding the date of filing the application.  These residence and physical presence requirements do not apply if the applicant files an application while still in the service or within 6 months of separation from the armed forces.

What happens if one dies during or as a result of military service? Is it possible to obtain posthumous U.S. citizenship?

It is indeed and the requirements are straightforward:

• The deceased served honorably in active-duty status in the U.S. armed forces during a designated period of hostility;

• He or she died as a result of injury or disease incurred in or aggravated by that service;

• The Application for Posthumous Citizenship must be filed on behalf of the deceased within 2 years of his or her death; and

• If approved, a Certificate of Citizenship will be issued and show that U.S. citizenship was conferred on the date of his or her death.

• Do immigration benefits accrue to family members of U.S. citizen armed forces members?  What about, for example, the immigrant spouse of a U.S. citizen armed forces member who has been or will be deployed?  The answer is yes, the U.S. government offers an expedited naturalization process for the immigrant spouse provided he or she meets certain eligibility requirements:

• Establishes that his or her U.S. citizen spouse is deployed abroad as a service member;

• Is present in the United States pursuant to a lawful admission for permanent residence at the time of the naturalization examination;

• Is present in the United States at the time of naturalization;

• Has a basic knowledge of U.S. history and government;

• Has been, and continues to be, a person of good moral character, attached to the principles of the U.S. Constitution and well disposed to the good order and happiness of the U.S. during all relevant periods under the law.

Military service is one way of showing love of country and the values it stands for. It’s not a task to take lightly given the daily prospect of traumatic injury or death. Nor is it any different for those armed forces members who have immigrated to the United States, oftentimes after encountering many obstacles to get here.

The immigration benefits afforded those who serve in the military by putting their lives on the line is simply a way of saying thanks for your service and job well done.

R. Mark Frey is a St. Paul, Minnesota attorney who has been practicing immigration law exclusively for 25 years with an emphasis on political asylum, family immigration, naturalization, removal defense, and appeals as well as H-1B and religious worker visas.