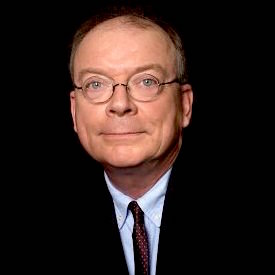 This year has been eventful, one marked by many ups and downs. Without doubt, the year’s biggest story is the election of Donald Trump as our next president. The campaign was nasty, filled with many promises (some vague, some not), and inexcusably tainted by misogynistic rants, racist tirades, xenophobic attacks, and other appeals to the lowest common denominator. Most glaring was the disgraceful effort to single out those who are ‘different’, those ‘others’ who don’t quite fit in, whatever that means.

And now, President-elect Trump has begun the process of selecting members of his cabinet, predominantly filled to date with white males. At the same time, revelations are coming out about the Trump administration’s ties to Russia and the role that country played in the U.S. presidential election. No doubt, Russia’s been looking to lift sanctions imposed by the United States and other countries for annexing Crimea and interfering in Eastern Ukraine, sanctions that have hit it hard. Those ties with Russia understandably create concern and more disclosures seem likely to follow.

But, what will Donald Trump do about immigration? He’s promised for some time that he’s going after ‘illegals’, stoking anti-immigrant fervor and reinforcing a general climate of suspicion, fear, division, and animosity.

In the past, he’s declared that his administration would build an “impenetrable physical wall on the southern border, on day one” and make Mexico pay for it.

He’s called as well for a ban on all Muslims seeking entry into the United States, hinting that he’s receptive to establishing a database for Muslims already in the United States so they can be monitored. (Recall, during WWII, the placement of Japanese Americans in internment camps.)

Under closer scrutiny, many facets of President-elect Trump’s immigration program should be found disturbing. In essence, some people are being singled out as ‘different’, not really part of the majority, needing to be ‘persuaded’ to leave the country. Some read Trump’s posturing as encouraging others to express displeasure with those individuals’ presence here, even rising at times to the level of harassment and attacks. And, data support that.

Soon after the election, a discernible increase in hate incidents took place in Minnesota and other parts of the United States. The Southern Poverty Law Center recently weighed in with a report, “Ten Days After: Harassment and Intimidation in the Aftermath of the Election” (https://www.splcenter.org/20161129/ten-days-after-harassment-and-intimidation-aftermath-election), noting that almost 900 occurred within 10 days after Donald Trump’s election win. Those targeted ‘others’ included blacks, immigrants (32% of the total), Jews, Muslims, LGBTQ people, and women.  In fact, roughly 40 percent of the hate incidents involved references to President-elect Trump or his campaign themes.

There’s much to be troubled about with President-elect Trump and his stated attitude and agenda for those not belonging to the right tribe. Unfortunately, he sells the country short and limits our possibilities as a people, forgetting (consciously or not) about the Great American Experiment and its promise. It’s not about ensuring the dominance of a people based on race, religion, nationality, wealth, or any other basis in perpetuity. It’s about making a more perfect union through the efforts of all. In his book, The Omni-Americans, Albert Murray observed, “American culture, even in its most rigidly segregated precincts, is patently and irrevocably composite”, the result of contributions made by many. We are a people formed from many sources, a cultural plurality, united by certain principles advanced in such venerated documents as our Declaration of Independence, Constitution, and Bill of Rights. Notwithstanding our differences and diversity, we are united by the principles laid down in those documents. We are, in short, one, out of many. And, we’re stronger for it.