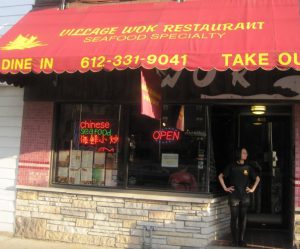 The Village Wok restaurant on the University of Minnesota campus is closing after 40 years. (Restaurant’s Facebook photo)

MINNEAPOLIS — The Village Wok, considered by many to be the first ‘authentic’ Chinese restaurant on the University of Minnesota’s east bank campus, is reportedly closing after 40 years at 610 Washington Ave. SE.

The announcement from management cam via the restaurant’s Facebook page early Thursday, Aug.11, 2016. The post said the last day of service for the restaurant will be Sunday, Aug. 21, 2016.

“The message to “Valued Customers” on the Facebook page said, “We are saddened to inform you that Village Wok will be closing it’s door for business after 40 great years. We thank you not only for your support, loyalty and kindness over the years. We’ll miss the friends we’ve made. Thank you for being wonderful customers!”

A voicemail to Tom Lund, a developer with Harbor Bay Real Estate Advisors that was mentioned as a co-developer with the project was not returned. Calls to Village Wok were not answered.