Nuxoll, 64, describes herself as a Catholic, and represents the District including Cottonwood, Idaho, and made the statement to comment on historic first Hindu invocation of the Idaho State Senate by distinguished Hindu statesman Rajan Zed. She and two other state senators reportedly refused to attend.

Daniel B. Fink, Rabbi of Congregation Ahavath Beth Israel in Boise, asking public apology from Nuxoll, in a statement said: “As people of varying faith traditions, we believe that mutual respect is essential for the well-being of our community and state.  If we are to prosper, both spiritually and economically, we must learn to listen to one another with respect.” He described Nuxoll’s “false” labeling as “both hurtful and foolish”. 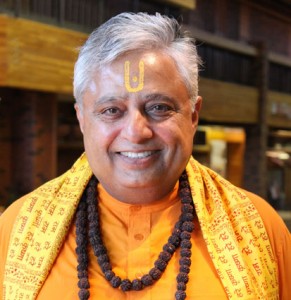 Dawn M. Pidlypchak, Senior Pastor of United Methodist Church in Nevada, who found Nuxoll’s statement “ridiculous, and particularly offensive”; states that Hinduism “is as deeply meaningful to its adherents as Christianity is to its believers”. A mature and vital faith, however, is lived without belittling or dismissing other faiths, she said and added that as a public official who is expected to represent all citizens, it is highly inappropriate and insensitive for Nuxoll to unnecessarily label a major religion as “false.”

Rev. Larry E. Schneider, Senior Minister at Unity of the Sierra in Nevada’s capital Carson City, points out: As a Christian minister, it is embarrassing for me to hear of uncharitable comments and actions like that of Nuxoll… as an elected representative whose salary is most likely paid with taxpayers’ dollars, she is responsible for serving and respecting ALL the people she serves – Hindu, Jewish, Christian, Islamic, and more.

Rev. Fr. Stephen R. Karcher, Greek Orthodox Christian Priest in Nevada, noted that the comments of Nuxoll, who is a public official, unfortunately disparage religious freedom of expression. Let’s respect each other’s culture and faith. In doing so we will strengthen the unique bonds of liberty that make us Americans.

Dr. Uma V. Mysorekar, President of Hindu Temple Society of North America, in a statement from New York, said: It is indeed sad and disappointing that Nuxoll, an elected official in the United States which upholds secularism and respect for all faiths, has mocked the Hindu faith as “false faith with false gods”. Hindus are deeply hurt by such irresponsible statements and we request an apology from Nuxoll. We commend and appreciate the Idaho’s Senate for having the invocation with a Hindu prayer by Rajan Zed.

Idaho Senate, upper house in the State Legislature, started its day with ancient Hindu mantras on March third, said to be a first since Idaho acquired statehood in 1890. It contained verses from Rig-Veda; the oldest existing scripture of the mankind still in common use; besides Upanishads and Bhagavad-Gita, both ancient Hindu scriptures. Rajan Zed, who is President of Universal Society of Hinduism, delivered this invocation in Sanskrit and English after sprinkling water drops from river Ganga, considered holy by Hindus.