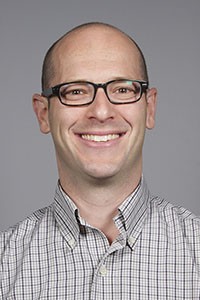 WASHINGTON, D.C. (Nov. 18, 2015) — In the wake of the deadly terrorist attacks in Paris last week, many public officials and news pundits have called for the United States to turn away thousands of Syrian refugees. Using dubious arguments and inaccurate information, they have begun to paint a picture of all Syrian refugees as potential terrorists instead of as people fleeing the same persecutors who planned and implemented the terrorist attacks.

The Center for American Progress released a column (en español) and infographic today that show how the current rhetoric employed by those seeking to close U.S. borders ignores the strong security precautions already in place to prevent terrorists from entering the United States through the refugee program. The infographic details the 21-step screening process refugees face before being admitted into the United States.

“The entire debate over closing U.S. borders—temporarily or permanently—to Syrian refugees ignores the strength and record of the current refugee vetting process,” said Tom Jawetz, Vice President of Immigration Policy at CAP. “It is an incredibly robust and effective tool for preventing terrorists from entering the country as refugees and has an exemplary track record. Turning away Syrian refugees who are fleeing for their lives is exactly the kind of knee-jerk reaction that ISIS leaders want.”

The column looks at the current U.S. refugee vetting process, which is rigorous, comprehensive, and secure. All refugees seeking protection in the United States must undergo an extensive program of background and security checks. These checks include biometric and background data that are painstakingly collected, checked, and rechecked at multiple points in the process by more than a half-dozen U.S. law enforcement and intelligence agencies. The process is exhaustive and can take more than two years to complete. All Syrian refugees already go through an added series of checks from U.S. Department of Homeland Security headquarters personnel. More than 3 million refugees have been resettled in the United States since 1975, and there has been not a single terrorist attack perpetrated by a refugee who has gone through the process.

Click here to read “America at Its Best” by Tom Jawetz and Ken Gude. Para verlo en español, clique aquí.
Click here to view the infographic, “The Screening Process for Entry to the United States for Syrian Refugees.”