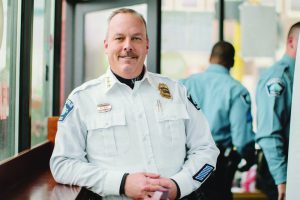 “I feel like this is a good time to bring some new leaders on board who will greatly assist our department moving forward with the important work of culture change, accountability, and outcomes. I believe these new leaders have garnered respect and credibility, not only within our organization, but out in the communities we serve,” Chief Arradondo remarked.

The changes will be effective Sept. 3. The Chief will be filling in the newly vacated positions in the coming days and weeks.

Assistant Chief Kjos has worked as a patrol officer and supervisor in the 1st, 3rd and 4th Precincts throughout his career that started in April 1988. In 2012 he was named the 4th Precinct Inspector before taking over as the 1st Precinct Inspector in 2015. He moved back to the 4th Precinct as an Inspector before he was named the Deputy Chief of the Patrol Bureau. His time as a Deputy Chief didn’t last long before he was promoted by Chief Arradondo to lead as the Assistant Chief.

As the Assistant Chief, Kjos will lead the department’s day-to-day operations while still overseeing the now-defunct Patrol Bureau. 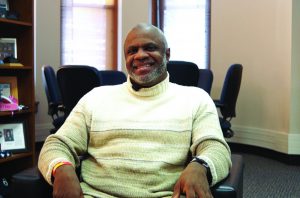 Kjos earned his Master’s Degree in Public Administration at the University of St. Thomas and he holds a Bachelor of Science degree in Police Administration from St. Mary’s University. Kjos is also a graduate of the Senior Management for Police and Northwestern University’s School of Police Staff and Command.

Deputy Chief and Chief of Staff Knight started his career with the Minneapolis Police Department in 1992, and has served in several investigative roles in addition to working in both the 3rd and 4th Precincts. His investigative experience includes assignments in Public Housing, Sex Crimes, Family Violence and Assault.

Most recently, Knight served as a Lieutenant in the 4th Precinct and as the leader of the MPD’s Procedural Justice Team, which facilitated department-wide training focused on history and how it relates to police interactions today. He has also been a volunteer coach for the Police Activities League for more than 20 years.

As the Deputy Chief and Chief of Staff, Knight will be a crucial connection between the MPD and the communities it serves while overseeing the department’s progressive initiatives, including (but not exclusive to) the National Initiative for Building Trust & Legitimacy.

Knight has attended numerous command schools, including his graduation from the FBI National Academy. He holds a Bachelor’s Degree in Business Administration with a double minor in Accounting and History from Carthage College. 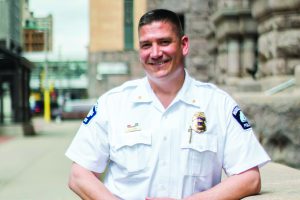 Deputy Chief of Investigations Fors started his career at the MPD in 1998 and has worked in the 1st, 2nd, 4th and 5th Precincts. He has also served valuable roles as a Field Training Officer, Crisis Intervention Team member,Backgrounds Investigator, Juvenile Investigator and Homicide Investigator. Most recently Fors has been the Commander of the Violent Crimes Investigations Division, which includes leadership roles on both the Group Violence Intervention project and the Department’s U-Visa applications program.

Fors will now oversee the MPD’s Investigative Bureau, which includes all investigative units under both the Violent Crimes and Special Crimes Investigations Divisions. Under that same umbrella, Fors is responsible for leading the Police Activities League and School Resource Officer team.

Fors is a recent graduate of the Police Executive Research Forums’ Senior Management Institute for Police and holds a Bachelor of Arts, Psychology and Criminal Justice Degree from Lindenwood College and a Master of Arts, Police Leadership, Education, and Administration Degree from the University of St. Thomas.

Deputy Chief of Professional Standards Halvorson started his Minneapolis Police Department career as a cadet in the Police Academy in 1992. He has served as a patrol officer in the 2nd and 3rd Precincts, and as an investigator in Public Housing, Sex Crimes and Internal Affairs. As a Lieutenant he has been a supervisor in both the 1st Precinct and the Internal Affairs Unit. Nationally, he has also been a leader with the Native American Law Enforcement Summit (NALES). 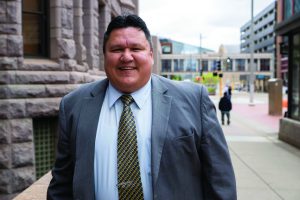 Halvorson will lead many of the internal aspects of the Department, including Training, Internal Affairs, Records Information, Property and Evidence, and the Community Service Officer Program. Halvorson is a graduate of the FBI National Academy and holds a Bachelor of Arts Degree from the University of Minnesota at Morris. He has also earned a Master’s Degree in Police Leadership from the University of St. Thomas.