WASHINGTON, D.C. (April 30, 2015) — The White House Office of the Press Secretary on Thursday released the Proclamation from President Barack Obama, celebrating Asian American and Pacific Islander Heritage Month for May 2015.

and Pacific Islander (AAPI) Heritage Month, we honor the
perseverance of those who courageously reached for their hopes
and dreams in a new land, and we celebrate the important impact
the AAPI community has made on our Nation’s progress.

From the more than one million immigrants who journeyed
across the Pacific and arrived on Angel Island to the
Chinese-American laborers who risked their lives to link our
coasts by rail, the determination of this vibrant community
represents the best of our national character. In each chapter
of our country’s story — in places like Selma and the grape
fields of Delano, during the moments where our Nation’s destiny
has been decided — AAPIs of all backgrounds have set inspiring
examples as leaders and trailblazers, united by a common hope
for civil rights, equal treatment, and a better tomorrow for all
Americans.

Through times of hardship and in the face of enduring
prejudice, these women and men have persisted and forged ahead
to help strengthen our Union. Native Hawaiians have fought to
protect their treasured traditions, language, and lands. And
AAPI patriots have defended the beliefs for which we stand.
Seventy years ago, the United States and our allies secured a
lasting peace throughout the Asia Pacific region and much of the
world — a victory achieved in part by thousands of Filipino
Americans who fought valiantly but were denied compensation, and
also by Japanese Americans who served this country even as the
freedom of their loved ones was denied.

Fifty years ago, the United States opened new doors of opportunity to more Asian and Pacific Islander immigrants
through the Immigration and Nationality Act of 1965, ending
the arbitrary and outdated policies that unfairly limited
the potential of entire regions. This year also marks the
40th anniversary of the end of the Vietnam War, which brought new Vietnamese, Cambodian, Hmong, and Laotian communities to this country. But as we recognize the enormous progress America has made, we must also acknowledge the many struggles AAPIs continue to experience in the face of persistent inequality and bigotry, including barriers to equal access to education, employment, and
health care. South Asian Americans — especially those who are
Muslim, Hindu, or Sikh — too often face senseless violence and
harassment due only to the color of their skin or the tenets of
their faith. And to this day, many AAPIs continue to live in
the shadows and are separated from their families due to our
broken immigration system.

My Administration is committed to addressing these unmet
needs and the ugly discrimination that still exists. I was
proud to re-establish the White House Initiative on AAPIs soon
after I took office, to foster opportunities for increased
access to and involvement in Federal programs. As part of that
effort, my Administration is expanding its regional network
of Federal leaders and hosting community meetings across the
country to better understand the needs of the diverse AAPI
community. Last year, I announced my intent to take actions
that would allow more high-skilled immigrants, graduates, and
entrepreneurs to stay and contribute to our economy, and
I continue to call on the Congress to pass comprehensive
immigration reform. To highlight the tremendous growth of the
AAPI community and my Administration’s commitment to increasing
opportunity for AAPIs everywhere, this month we will host the
White House Summit on AAPIs — an unprecedented and historic
all-day convening of senior Federal officials and community
leaders from across the country.

As we commemorate Asian American and Pacific Islander
Heritage Month, we pay tribute to all those in the AAPI
community who have striven for a brighter future for the next
generation. Together, let us recommit to embracing the
diversity that enriches our Nation and to ensuring all our
people have an equal chance to succeed in the country we love.

NOW, THEREFORE, I, BARACK OBAMA, President of the
United States of America, by virtue of the authority vested in
me by the Constitution and the laws of the United States, do
hereby proclaim May 2015 as Asian American and Pacific Islander
Heritage Month. I call upon all Americans to visit
www.WhiteHouse.gov/AAPI to learn more about our efforts on
behalf of Asian Americans and Pacific Islanders, and to observe
this month with appropriate programs and activities.

IN WITNESS WHEREOF, I have hereunto set my hand this
thirtieth day of April, in the year of our Lord
two thousand fifteen, and of the Independence of the
United States of America the two hundred and thirty-ninth. 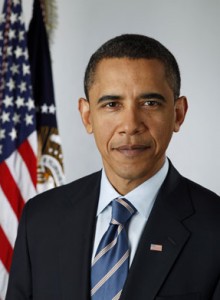