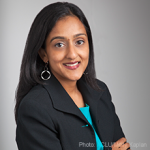 WASHINGTON, D.C. (April 19, 2018) — Vanita Gupta, president and CEO of The Leadership Conference on Civil and Human Rights, issued the following statement after the Senate Judiciary Committee today voted, on a party-line basis, to advance John Nalbandian’s nomination to the U.S. Court of Appeals for the Sixth Circuit:

“Mr. Nalbandian has a highly partisan and ideological background, and he has supported efforts to restrict voting rights in America. He helped defend discriminatory photo ID laws, and he has refused to acknowledge that photo ID laws can have a discriminatory impact, even though such laws in North Carolina and Texas have in recent years been struck down by federal courts for violating the Constitution and Voting Rights Act. His background makes clear that he would not serve as a fair-minded jurist, and the Senate should not confirm him to a lifetime position on the federal bench.”

Earlier this month, The Leadership Conference wrote to the U.S. Senate urging opposition to Nalbandian. That letter is available here.