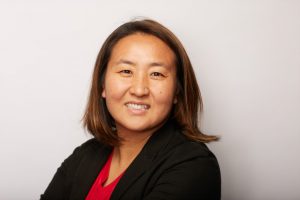 This is the first state sex-selective ban to pass in 2017. The law uses the language of non-discrimination to target and limit abortion access for Asian American and Pacific Islander (AAPI) women. Sung Yeon Choimorrow, interim executive director of the National Asian Pacific American Women’s Forum (NAPAWF), said the Arkansas anti-abortion law is disappointing for using false stereotypes of Asian Americans and immigrants to chip away at abortion access for those most vulnerable in our communities.

“Without consideration of how this bill would impact the thousands of AAPI people across the state, the Arkansas legislature pushed forth this sexist, racist and anti-immigrant bill,” Choimorrow said. “As the first state in 2017 to pass such a law, conservative lawmakers in Arkansas have demonstrated a clear disregard for the rights of women of color in their state.

Despite the fact that there is no evidence that sex preference is a widespread problem for AAPI communities in the United States, the new law could lead to reproductive health providers denying abortion care to AAPI people due to fear of fines or jail time, she said. AAPI people deserve access to safe, confidential and legal abortion — and they deserve politicians who will uphold that constitutional right, she said.

“Arkansas lawmakers are using non-discrimination language to further their own political agenda — but AAPI communities are not fooled. AAPI people already experience stigma and hardship in accessing abortion care,”Choimorrow said. “Reproductive justice will only be actualized when all members of our community have the access and support necessary to define and make decisions about their bodies, families and communities.

“Pregnant AAPI people are not suspects, and their reproductive health choices should not be subject to investigation or scrutiny,” she said. “We will continue to support AAPI people in Arkansas who now may face unnecessary scrutiny and discrimination because of this new law. We will also fight the six other state bans currently proposed across the country, and continue to resist laws that perpetuate misinformation and stigma about AAPI families.”

The National Asian Pacific American Women’s Forum (NAPAWF) is the only multi-issue, progressive, community organizing, and policy advocacy organization for Asian American and Pacific Islander (AAPI) women and girls in the U.S. NAPAWF’s mission is to build a movement to advance social justice and human rights for AAPI women and girls.