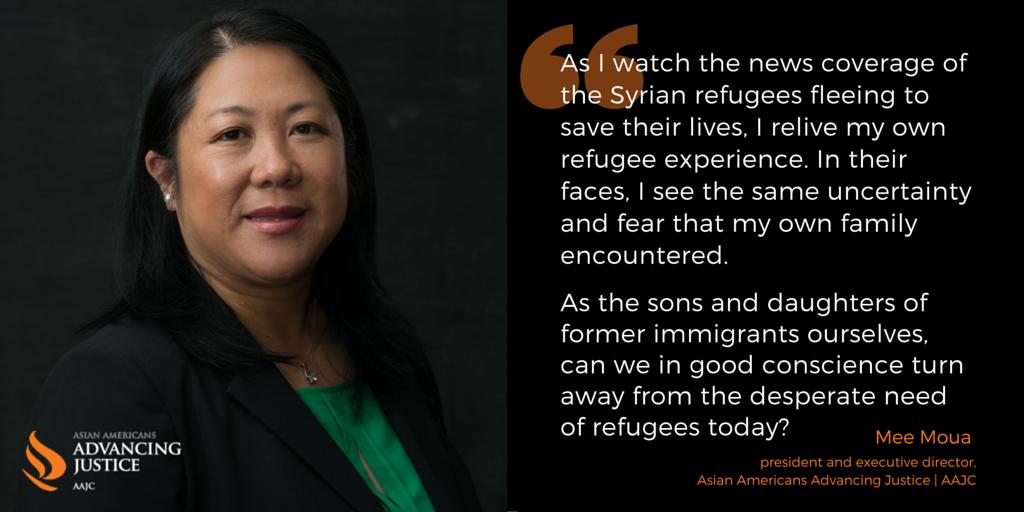 As you may already know, I am a refugee. I came to the United States when my family was forced to leave Southeast Asia after the “Secret War” in Laos.

My refugee experience is the reason I can’t ignore the plight of families fleeing Syria in search of save haven from the kind of merciless violence we have recently witnessed in the attacks in Paris, Beirut and Baghdad.

Unfortunately, in the days since the attacks, we have seen the United States’ willingness to accept just 10,000 Syrian refugees met with brutal backlash as news reports blame the refugees themselves for the violence, and governors from more than 30 states have declared their refusal to help resettle refugees in their states.

Tomorrow morning, the U.S. House Judiciary Committee and the U.S. Senate Committee on Homeland Security are holding hearings on the impact Syrian refugees could have on our national security. Asian Americans Advancing Justice submitted statements in support of admitting Syrian refugees rather than caving to the xenophobic fear mongering.

Tell your member of Congress and your governor that instead of viewing Syrians and other refugees as the ‘enemy,’ Americans should open their hearts and recognize that refugees are no burden, but in fact have made and continue to make America better and stronger.

We will continue to lift up the stories of refugees who have helped shape and strengthen America, and push our representatives to live up to our shared American values.