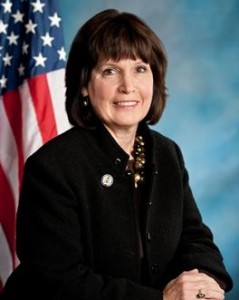 “Each November, we celebrate the contributions of First Americans with National Native American Heritage Month,” McCollum said. “The people of the 567 diverse, federally recognized tribal nations — including the 11 Ojibwe and Dakota nations in Minnesota — play a complex and vital role in our nation’s history and make our communities and our country stronger today.

“Despite centuries of violent discrimination and abusive policies, our country’s Native American cultures and nations have endured. Tribal governments and Native communities have made monumental progress,” she said. “Our federal trust relationship with tribal nations has grown stronger in the current era of self-governance among Native American tribes — a  proud accomplishment that will continue to require the federal government’s full and respectful engagement.

“As a co-chair of the Congressional Native American Caucus and the Ranking Member of the Interior-Environment Appropriations Subcommittee, I have had the honor to meet with hundreds of tribal leaders to discuss the needs of Indian Country,” McCollum said. “Working together, we have succeeded in making substantial progress on education, health, and criminal justice issues through measures like the Indian Health Care Improvement Act, increased funding for the Bureau of Indian Education, and special tribal jurisdiction in domestic violence cases.

“Despite these concrete steps, we have much more work to do to address disparities, invest in Indian Country, and create more opportunities for all Native Americans – especially Native youth,” she said. “As we honor the achievements and resilience of our First Americans, I pledge to continue working to ensure that our Native American brothers and sisters have every opportunity to succeed.”

McCollum is the ranking Democrat on the Interior-Environment Appropriations Subcommittee and the Democratic co-chair of the bipartisan Congressional Native American Caucus. Congresswoman McCollum represents Minnesota’s Fourth District in the United States House of Representatives.