Immigration and You
By R. Mark Frey 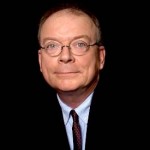 As you may have heard, President Trump recently announced his decision to rescind the DACA program. The DACA program, formally known as Deferred Action for Childhood
Arrivals, came about when his predecessor, Barack Obama, issued an executive order on June 15, 2012 declaring his administration would defer action against certain foreign nationals without lawful status, and allow those individuals to apply for work authorization, while prioritizing the removal of other less savory characters, specifically those with serious criminal convictions. By all accounts, the program has been a resounding success, allowing approximately 800,000 individuals to come out of the shadows and lead productive lives – going to school, working, and contributing to their communities in various ways.

DACA is a program promulgated for a select group of individuals, specifically children brought into the United States while having no say about it. The eligibility requirements are stringent and selective for those applicants:

The outcry from some sectors was intense and highly critical of President Obama’s action with much of the criticism being leveled at what was perceived as a direct usurpation of Congress’ power to create the DACA program. But, as I’ve argued in past essays in Asian American Press, President Obama did indeed have the authority as head of the Executive Branch to prioritize certain enforcement actions (essentially a form of prosecutorial discretion based on a consideration of finite and limited resources for enforcement of our immigration laws), specifically targeting criminals with serious convictions rather than innocent children brought into the country without their say.

Now, with a new president, the DACA program has been rescinded with much fanfare. But, what exactly does it mean? Who is affected? Do all current DACA kids lose their work authorization immediately and hence become subject to removal? Can people still apply for DACA? What about renewals? Notwithstanding much speculation, there are some things we know with certainty about this order by President Trump:

And, what next? President Trump has stated he wants Congress to deal with the matter and pass legislation to help the DACA kids within the next 6 months. If not, he said he’ll revisit the matter, whatever that means. Members of Minnesota’s congressional delegation have now all weighed in on rescission of DACA with some condemning President Trump for ending the program and some applauding him for sending the matter to Congress for final resolution. And, what type of legislation? A stand-alone bill benefitting DACA kids or one laden with extras seeking to leverage more concessions on immigration issues of concern to many? Financing the border wall, perhaps? Hopefully, Congress will act quickly and decisively on this important matter affecting so many innocents, but when it comes to immigration reform in recent years, Congress hasn’t had a very good track record. Just imagine how communities across this great nation could benefit from the contributions of DACA kids, many of whom are college-educated and/or serving honorably in our military as well as involved in other laudable activities – especially with an impending labor shortage as the baby boomers leave the labor force for retirement.

Even more recently, New York and 14 other states, as well as the District of Columbia, filed a federal lawsuit in the Eastern District of New York questioning the legality of President Trump’s action. (Minnesota Attorney General, Lori Swanson, has expressed interest in having Minnesota join the litigation.)

Although I’m hopeful Congress will do the right thing, I remain somewhat skeptical. I fear the DACA kids will be used as fodder by the Trump administration as it seeks to leverage its agenda, one that doesn’t seem particularly concerned with common folks and their needs, notwithstanding the populist rhetoric. Stay tuned? It seems many in Washington, D.C. look at this as a reality show, all without consequence. Sadly, these maneuverings impact people’s lives, sometimes to the point of whether they live or die.