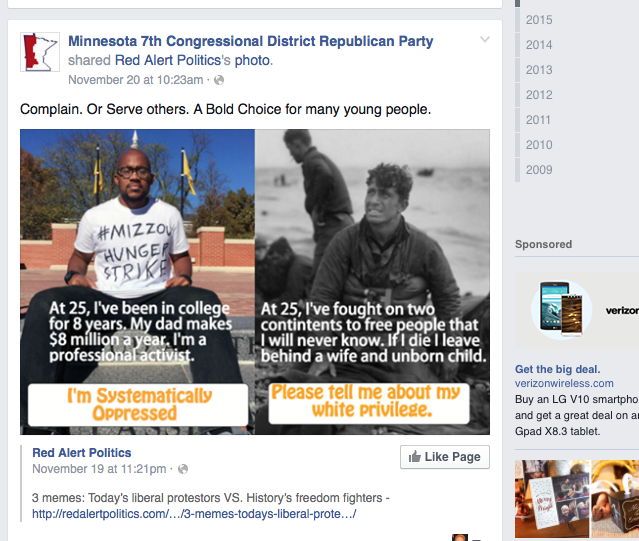 The Minnesota 7th Congressional District Republican Party pulled its own racist posting on Monday, but several more divisive and hate-filled messages remain that are questionable as the public voice of a major political party.

The phrase posted was, “MN ‪#‎DFL now propose a “special session” to deal with their self-created “‪#‎Negroproblem”.

DFL Chairman Ken Martin responded by saying that it takes no stretch of the imagination to identify this as an “ignorant hate speech masquerading as acceptable party messaging.” Martin said this was not the first time the Minnesota Republican Party and their affiliates have posted racially insensitive material.

“The GOP is clearly out of touch on issues of race here in Minnesota and around the country,” Martin said. “Regrettably, these comments have become commonplace in the Republican Party  and it should be no surprise that they are now an accepted and normal part of their conversation. While our community is still struggling with the death of a young man and trying to find answers for his family, the Republican Party of Minnesota decided to chime in with racist and bigoted comments. There is absolutely no place for this kind of ugly language in our state and we call on Chairman Downey to apologize to the people of Minnesota for the racist and bigoted comment from the Minnesota 7th Congressional District Republican Party.”