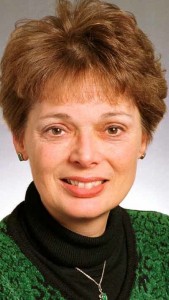 ST. PAUL (Nov. 13, 2014) — The conference “Advancing the Role of Women Political Leaders in Peace and Security,” jointly organized by Women’s Action for New Directions (WAND) and the EastWest Institute’s Parliamentarians Network for Conflict Prevention (PN), will bring together female political leaders and legislators from the United States, Afghanistan, Pakistan and the MENA region, including Egypt, Libya, and Morocco. The conference will be held at the hotel Le Diwan in Rabat, Morocco, from November 18 to 20.

“Bringing together women peacemakers in Morocco, land of tolerance, peace and diversity, links the west to the east on common issues and challenges about conflict prevention and peace management.” – Loubna Amhaïr MP, Member of the Moroccan House of Representatives

The conference will build on the progress of two prior meetings of women parliamentarians held in 2013 by WAND and PN. Since then, the humanitarian and security situation in parts of the Middle East has dramatically deteriorated with the increase in violent extremism, exemplified by the rise of the Islamic State of Iraq and Syria (ISIS), and a U.S.-led military intervention in the region.

“We may come from different corners of the world, but our common denominator is that we believe in the power of female leadership in effecting change,” said Senator Sandy Pappas, President of the Minnesota State Senate. “There are parts of the world where women are seen as weak and incapable of leadership, which is an unfortunate perception because it simply is not true. We are strong and innovative, and together we will continue to work toward peace across the globe.”

Meetings are also scheduled with the Foreign Affairs Committee of the Moroccan House of Representatives, the Minister of Solidarity, Women, Family and Social Development, and the Deputy Minister for Foreign Affairs and Cooperation. In addition to those meetings, the conference will provide a forum for dialogue between women leaders in order to:

• Strengthen the role of women lawmakers and women leaders in all political processes, particularly on matters of peace and security;

• Enhance regional cooperation between women parliamentarians as well as cooperation with female legislators in the U.S.;

• Educate U.S. lawmakers on peace and security issues through in-person exchanges and increase their capacity to shape policy in the U.S.;

• Establish concrete ways for women leaders to implement the principles of United Nations Security Council Resolution 1325 on Women, Peace and Security in their own countries and as a coalition.

Founded in 2008 by the EastWest Institute and several of the world’s renowned peacemakers, the Parliamentarians Network for Conflict Prevention mobilizes members in parliaments across the globe to find pioneering ways to prevent and end conflicts. As it emerges from its vibrant infancy, this non-partisan network continues to grow and welcomes current and former parliamentarians in regional, national or supranational parliaments. Learn more athttp://pncp.net/.

For more than 30 years, Women’s Action for New Directions (WAND) has educated the public, opinion leaders, and policymakers about the need to reduce violence and militarism and redirect excessive military spending toward unmet human and environmental needs. WiLL (Women Legislators’ Lobby) is WAND’s women legislator network. Since 2012, WAND’s Women, Peace and Security (WPS) program has been working to increase women’s political leadership on critical issues of conflict prevention, peace-making, peace-building, gender-based violence, and national and global security. Learn more at www.wand.org.