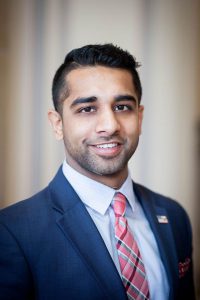 In this role, Sathi will train volunteers and activists to become RNC field staffers. He will be working with AAPI community and business leaders, elected officials and party leaders, as well as many non-profit organizations both in D.C. and nationally.

“Asian Americans and Pacific Islanders are the fastest-growing populations in the United States, and under the guidance of RNC Chairwoman Ronna McDaniel, it is a privilege to serve as a bridge between the APA community and the GOP,” Adi said.

Over the last seven years, Adi has managed or advised numerous successful political campaigns at the local, state, and federal level in battleground states like Michigan, Ohio, and Virginia. Along with his role at the RNC, Adi also serves as the Chief of Staff to the Young Republican National Federation.

Floyd Mori, president and CEO of the Asian Pacific Institute for Congressional Studies, said he congratulates Sathi on the appointment. Sathi was a former congressional fellow at APAICS, he said.

“We want to congratulate Adi on his new role at the RNC,” Mori said. “During his time as an APAICS Congressional Fellow in Senator Hatch’s office, he always displayed a remarkable passion for public service. As he works to amplify the voice of the AAPI community across the country, we look forward to collaborating with him.”

Adi was a 2016-2017 APAICS Legislative Fellow in the Office of Senator Orrin G. Hatch who is the President Pro Tempore of the United States and serves as the Chairman of the Senate Finance Committee. In this role, Adi advised on various policy issue areas, represented the office on the Joint Congressional Committee for Inaugural Ceremonies (JCCIC), and attended a Congressional Staff Delegation trip to China with the U.S.-Asia Institute that focused on trade policy and financial services.

“I believe that APAICS has helped me develop many of the necessary relationships I need to be able to succeed in this role as RNC Director of APA Engagement,” Adi said.