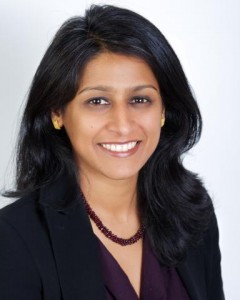 PHOENIX (March 20, 2014) — Leading a coalition of 15 Asian American and Pacific Islander organizations, Asian Americans Advancing Justice (Advancing Justice) has filed an amicus curiae, or friend-of-the-court, brief in the U.S. Court of Appeals for the Ninth Circuit supporting an appeal by the National Asian Pacific American Women’s Forum and the National Association for the Advancement of Colored People of Maricopa County of the lower court’s dismissal of their challenge to Arizona’s discriminatory race- and sex-based abortion ban (HB 2443).

“We hope the court will see this bill for what it is – an unlawful attempt to stigmatize Asian Americans by associating them with an alleged cultural practice,” said Laboni Hoq, litigation director for Asian Americans Advancing Justice – LA. “Its real impact is to deny Asian American women equal access to medical care and take us further away from being an inclusive society.”

More than 60 similar bills have been introduced at the state and federal levels since 2009. The Arizona Legislature passed HB 2443, formally known as the Susan B. Anthony and Frederick Douglass Prenatal Nondiscrimination Act, in 2011.

In May 2013, NAPAWF and NAACP sued Arizona because of HB 2443’s reliance on racial stereotypes to discriminate against and stigmatize AAPI and black women seeking abortions. The lower court ruled that the plaintiffs did not have sufficient legal injury to challenge the law. The plaintiffs have appealed this decision to the Ninth Circuit.

“HB 2443 is based on many of the same unsupported stereotypes of the AAPI community that have been used to justify unconstitutional discrimination throughout history,” said Julia Bredrup of the Los Angeles-based law firm of Caldwell Leslie & Proctor, PC, which provided pro bono representation of groups on the amicus brief. “The Arizona’s Legislature’s acceptance and endorsement of these stereotypes concretely injures AAPI women in the state.”

Advancing Justice’s amicus brief expands on the stigma imposed on AAPI women by addressing the parallels between HB 2443 and the long history of now-repudiated laws motivated by stereotypes about the AAPI community as perpetual foreigners who adhere to a culture that undermines and threatens American values.