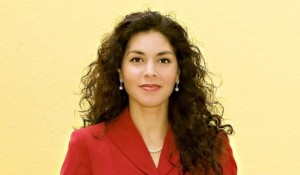 The order was issued in response to the DOJ’s unilateral determination that Judge Tabaddor’s civic involvement in the Iranian American community created an “appearance of bias,” such that she is prohibited from hearing cases brought by Iranians in perpetuity.

Judge Tabaddor, a respected Immigration Judge who has served on the bench for over ten years, has been involved in organizations addressing women’s issues as well as issues facing children in the immigration system, in addition to her involvement in Iranian American affinity groups such as ethnic bar associations. But it is her involvement with the Iranian American community that the DOJ is targeting. On April 23, 2015, the Honorable George H. Wu will determine whether Judge Tabaddor’s lawsuit will move forward or whether it will be dismissed in response to a motion filed by the DOJ.

The lawsuit alleges that the DOJ’s blanket recusal order is unlawful and facially discriminatory under Title VII of the Civil Rights Act of 1964, and violates Judge Tabaddor’s First Amendment rights of free speech and association. The DOJ’s order assumes that judges who engage in constitutionally protected speech and associational activities within an ethnic community in one’s personal capacity automatically raises the specter of bias without any evidence or objection by a party in a particular case.

The recusal order sends the message that if you are a judge who is a person of color or a member of another affinity group, you cannot participate in activities within your community—even in a personal capacity—without raising suspicion that you will be biased in your application of the law. The amicus brief filed today explains that this proposition has been universally rejected by courts and should not be accomplished by executive fiat, which is what the DOJ seeks to do in this case. The law firm Manatt, Phelps & Phillips is pro bono counsel for the amicus parties.

“The unprecedented blanket recusal order imposed on Judge Tabaddor for her civic engagement with the Iranian American community is discriminatory and unlawful,” says Laboni Hoq, Litigation Director at Advancing Justice – LA. “As an organization that exposes and fights against racially motivated discrimination and profiling in all its forms, we strongly support Judge Tabaddor’s lawsuit and are extremely concerned with the long-term consequences if the order is allowed to stand.”

Advancing Justice –LA’s brief focuses on the far-reaching impact that this case will have on judges and attorneys who are members of racial, ethnic, religious, LGBTQ or other affinity groups. If the DOJ’s broad, indeterminate recusal order is allowed to stand, both sitting judges and attorneys aspiring to be judges would curtail their involvement in their own communities and the bench would be substantially less diverse and reflective of the society that it serves.

“As a bar association devoted to furthering the interests of the Asian Pacific American community, we are deeply troubled by the possibility that involvement in one’s cultural and ethnic community could jeopardize a judicial candidate’s appointment to office or limit the cases a sitting judge is allowed to hear,” says Judy Suwatanapongched, President of the Asian Pacific American Bar Association of Los Angeles County. “The chilling effect of this order on our members and their involvement in the APA community would be devastating, and it could jeopardize diversity on the bench.”