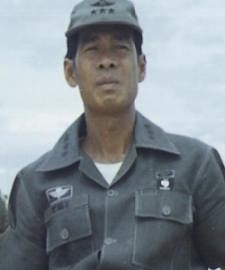 SAN FRANCISCO (Sept. 24, 2013) — Political scientists distinguish three policies available to nations facing foreign aggression: appeasement, containment and deterrence.
For small nations, which normally have no capacity for containment or deterrence, appeasement usually remains the only option. However, history teaches that appeasement only encourages further aggression: The Munich Agreement in 1939, conceding a part of Czechoslovakia to Germany, did not prevent Hitler from invading Poland and the rest of Western Europe.
More recently and on a smaller scale, Vietnam’s subservient behavior toward China has not prevented its historic enemy to the north from adopting a consistent pattern of expansionism in the Eastern Sea: conquest of the Paracel Islands in 1974, occupation of the Spratly archipelagos in 1979, and annexation of 12,000 square meters of territorial waters in the Vinh Bac Bo (Gulf of Tonkin) conceded by Hanoi under the 2000 Vinh Bac Bo Pact.
Recent developments in Mongolia and Burma – also known as Myanmar – show, however, that, for small nations under autocratic rule and facing aggression from more powerful neighbors, genuine democratic reforms seem to be a viable option.
The State of Mongolia, formerly known as Outer Mongolia, is the world’s largest landlocked nation. It lies between Siberia to the north and China to the south. It is the original homeland of a small tribe whose leader, Genghis Khan, conquered a vast empire stretching from Asia to Europe during the 13th century.
Soviet troops invaded Mongolia in 1921 and established the Mongolian People’s Republic (MPR), which became a Russian satellite in 1924. The Mongolian democratic revolution began in 1990 after the collapse of the USSR. Free elections held that year resulted in the formation of a multiparty system. Mongolia survived a long period of unprecedented violence and political chaos to become a stable and prosperous democracy, as seen in the steady economic growth demonstrated by the country in recent years.
Then U.S. Secretary of State Madeleine Albright visited Mongolia in May 1998. The meeting led to a joint Mongolia-U.S. statement reiterating U.S. support for Mongolia’s fledgling democracy and noting the “positive contribution that a secure, independent, democratic, and prosperous Mongolia can make to the stability and economic progress of the region as whole.”
While the political transformation of Mongolia was gradual and somewhat cautious, the democratic revolution in Myanmar was largely unpredicted. It was implemented by a military junta that has, for six decades, ruled the country, a regime that was considered to be one of the most repressive and abusive regimes in the world.
Under President Thein Sein, the Government of Burma has initiated a series of political and economic reforms, including the release of many political prisoners, ceasefire agreements with 12 or 13 major non-state armed groups, greater freedom of the press, and parliamentary by-elections in 2012 that brought pro-democracy leader Aung San Suu Kyi and her opposition party 43 of the 44 seats they contested (out of 45), gaining approximately 11 percent representation in parliament.
To encourage further reform, the U.S. has restored full diplomatic relations with Burma and provided technical and financial assistance to the country. President Obama personally visited Burma in November 2012 to demonstrate U.S. support for the new regime.
Vietnam, which is itself facing a growing tide of economic and political dilemmas, appears likely to be the next candidate for reforms. Vietnam’s economy, in fact, is in a shambles due to soaring inflation, rampant corruption, a near- bankrupt banking system, colossal losses of state–owned enterprises, and, most importantly, the inability to export its goods and products outside ASEAN (Association of Southeast Asian Nations) countries. On the political front, frequent mass protests and demonstrations against China’s aggression in the Eastern Sea and Hanoi’s inability to protect the country’s territorial integrity attest to the rising popular discontent.
During his visit to the White House last July, Mr. Truong Tan Sang, Chairman of the Vietnamese Communist Party and Head of State, requested that the U.S lift the ban on lethal weapons sales to his country, and allow Vietnam to participate in the Trans-Pacific Partnership (TPP). The advanced weaponry would be used to modernize and overhaul its dated military, while the TTP membership would allow Vietnam to export its goods and products (mainly garments, footwear and sea products) to the huge U.S. market. But President Obama told Sang that his requests can be satisfied only if Vietnam improves its human rights record.
It is becoming increasingly clear that Vietnam’s problems can be resolved only by sweeping economic and political reforms.
Surprisingly enough, Vietnam may have already taken the first steps toward political liberalization. Mr. Le Hieu Dang, a civil rights lawyer and long-time member of the Vietnam Communist Party, concerned about the worsening economy and the government’s inability to counter China’s expansionism in the Eastern Sea and the mineral-rich Central Highlands, recently founded an opposition political party named the Social Democratic Party. Latest information indicates that a great number of intellectual dissidents and civil rights activists have joined Dang’s party, while Dang himself remains free at the time of this writing.
In an era dominated by the global market and defined by political pluralism, and with the collapse of autocratic regimes across the Middle-East and North Africa, one should not be surprised if the long-awaited Asia Spring has finally arrived. The specter of a free and democratic Vietnam may already be looming on the horizon.
Thi Quang Lam is a retired bank executive and former general in the South Vietnamese Army (ARVN). He is the author of “The Twenty-Five Year Century: A South Vietnamese General Remembers the Indochina War to the Fall of Saigon” and “Hell in An Loc: The 1972 Easter Invasion and the Battle That Saved South Viet Nam.”