By Legacies of War 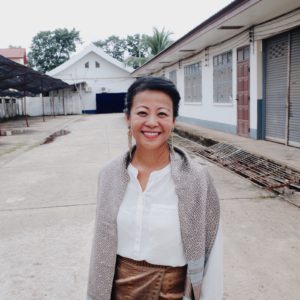 Washington, D.C. (Aug. 8, 2018) — A partially constructed hydropower dam collapsed in Attapeu province in Laos on July 23, 2018, killing at least 30 people. The failure of the billion-dollar Xe-Pian Xe-Namnoy dam alsodisplaced over 7,000 more people into emergency shelters, and at least 100 people remain missing. Rescue efforts have yet to reach the entire impacted area, including several more remote villages.

The rescue and recovery effort has largely been focused on the urgent needs of survivors and displaced communities. But unexploded ordnance (UXO) contamination throughout the province will impact the long-term work to rebuild after the water recedes. Attapeu is heavily contaminated with unexploded bombs, situated in the south of the country along the old Ho Chi Minh Trail and the border with Cambodia. During the Vietnam War era, the United States heavily bombed the area in an effort to interdict the supply and personnel route used by communist forces. An estimated 80 million of those bombs, largely cluster munitions, failed to detonate and remain live in the ground today.

“On this heavily contaminated land, the flood waters will churn up and move the bombs into people’s fields, roads, and villages,” said Channapha Khamvongsa, executive director of the U.S.-based nonprofit Legacies of War. “Some of these bombs will shift onto previously surveyed and cleared land. Villagers will be forced to rebuild on dangerous ground. The long-term recovery planning must start now – and it must adequately account for the risk of UXO.”

Legacies of War will monitor the situation in coordination with partners on the ground. In the short term, the Lao PDR must continue its relief efforts in coordination with foreign aid donors such as the U.S. and Thailand, as well as NGO partners. Lao government bomb clearance teams in the province, and throughout the monsoon-flooded southern region of Laos, have been diverted to emergency response during this crisis period. But we also call for an immediate assessment of the impact of the dam break and flooding on UXO contamination in the area, and for increased resources for UXO surveying and clearance, as UXO may appear in unexpected or densely-populated areas once the water subsides.

More broadly, we urge stakeholders to work toward rebuilding the communities destroyed by this disaster in a way that is more sustainable and resistant to water-related disasters. We hope that all investors and multinational corporations involved in the failed dam take responsibility for both the immediate recovery efforts and the long-term rebuilding, and to prevent this kind of disaster from happening again.