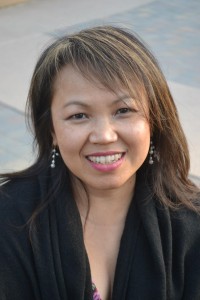 MINNEAPOLIS — This week, Councilman Jacob Frey, representing the Third Ward of the City of Minneapolis, will issue a proclamation recognizing October 5th as Ketmani Kouanchao Day in light of her accomplishments and service to the community over the years, including her recent appointment as Dean of Student Services at Mendocino College in Ukiah, California.

Kouanchao grew up Councilman Frey’s district when she and her family came to the US as refugees from Laos after the war ended. Her parents and her sister continue to live in Northeast Minneapolis.

Kouanchao was born in Savannakhet, Laos, and went to Edison High School in Minneapolis. She went on to attend the University of
Minnesota for her bachelor’s and her master’s degree, before pursuing her professional interests in Milwaukee and California.

Kouanchao attended California State University-Fullerton where she received her doctorate in community college leadership. She was recognized for her studies with an Honor an Educator Scholarship from the CSU-Fullerton School of Education. She was appointed Dean of Student Services at Mendocino College in July, 2014, one of the few Lao Americans in the country at the moment to hold such a position.

Kouanchao has been actively involved in community service, recently joining the Ukiah Rotary Club and helping the students of the Phi
Theta Kappa academic honorary society. She has also served as a columnist for several publications including the Twin Cities Daily
Planet, Little Laos on the Prairie and Asian American Press. She has spoken across the country with students and their families about the
importance of pursuing an education and remembering their heritage.

She advocates for transformational leadership and inclusion as the foundation for success. She is particularly concerned for students who
are the first in their families to attend college because she knows that can be an intimidating experience for many. 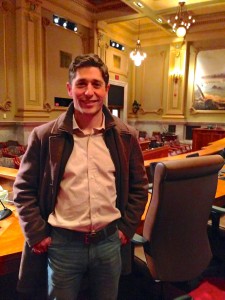 Councilman Frey was elected in 2013 to represent the Third Ward of Minneapolis. He was the first annual recipient of the City of
Minneapolis Martin Luther King Jr. award for his work in furthering civil rights.

Frey has also been involved with the community on issues of marriage equality, enabling numerous clients facing homelessness to stay in their homes, and helping the empowerment of Somali women. During his campaign,Frey stated, “I am running because we are entering a critical time period in the history of our city and the new Third Ward. I want to make sure that every bit of potential is realized. We need an engaged City Council Member – one proactively working shoulder to shoulder within the community to move us all forward.”

The Third Ward contains several distinctive neighborhoods including Downtown Minneapolis and the Northeast Arts District, which has been praised for its creativity, passion for civic engagement, and cultural diversity.