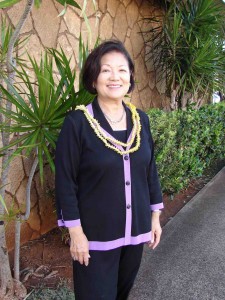 The resolution recognizes January 30 as the “Fred Korematsu Day of Civil Liberties and the Constitution.” The resolution denounces any effort to discriminate against communities based on national origin or religion.

“Fred Korematsu stood up for the rights of nearly 120,000 Japanese Americans incarcerated during World War II, and continued to fight for decades to expand civil rights and overturn his own false criminal conviction,” Hirono said. “As we recognize Fred Korematsu Day on what would have been his 99th birthday, Fred’s life serves as a reminder that we all have a responsibility to defend justice and equality.”

“My father spent his life advocating for civil rights because he was concerned that what happened to him could happen again,” said Karen Korematsu, executive of director of the Fred T. Korematsu Institute. “Fred Korematsu Day of Civil Liberties and the Constitution is celebrated in perpetuity in five states. I applaud Senators Hirono and Duckworth’s work to nationally recognize a civil rights icon and to remind us of the fundamentals of our democracy.”

In 1942, at the age of 23, Fred Korematsu was arrested for refusing to enter the internment camps for Japanese Americans. After his arrest, he appealed his case all the way to the Supreme Court, which upheld Executive Order 9066 based on military necessity. After 40 years, on November 10, 1983, Korematsu’s criminal conviction was overturned in a federal court in San Francisco.

Korematsu remained a civil rights advocate throughout his life and received the Presidential Medal of Freedom, the nation’s highest civilian honor, from President Bill Clinton in 1998. He passed away on March 30, 2005 at the age of 86.

“Sen. Hirono’s resolution honoring civil rights hero Fred Korematsu should remind President Trump of our past mistakes during WWII to categorically detain and remove Americans and residents of Japanese ancestry from the West Coast to concentration camps in the middle of the country–a mistake for which the U.S. government eventually apologized and that we should not make again,” said Daniel Schuman, Policy Director of Demand Progress.

“Fred Korematsu’s legacy is a powerful reminder to all of us of the importance of standing up for justice,” said Pankit J. Doshi, National Asian Pacific American Bar Association president. “We should honor his dedication to civil liberties and non-discrimination by ensuring the law treats everyone with equality and respect. The National Asian Pacific American Bar Association strongly urges Congress to join states and thousands of people around the country in recognizing Korematsu Day.”