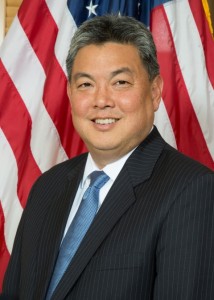 WASHINGTON, D.C. (July 20, 2016) — Lawmakers from Hawai‘i and across the country are mourning the death of U.S. Rep. Mark Takai (HI-1), who passed away Tuesday after a year-long battle with pancreatic cancer. Takai stepped down from his O‘ahu district that included Honolulu in May to continue treatment of a pancreatic cancer diagnosis he received in 2015.

President Barack Obama, an O’ahu native, said he and First Lady Michelle Obama were saddened to learn of Takai’s passing.

“Mark was always a fighter.  It’s the spirit he brought to more than two decades of public service on behalf of the people of Hawai‘i,” Obama said. “He stood up for America’s most vulnerable. He championed our troops and veterans, and proudly wore our nation’s uniform. And his relentless push for cancer research inspired countless Americans fighting the same battle as him. Simply put, our country is better off because of Mark’s contributions. He leaves a legacy of courage, of service, and of hope. Our thoughts and prayers are with Mark’s wife, Sami, their two children, and his many friends and family.”

“We are sadden at the passing of Representative Takai. He was a shining star in the Asian American and Pacific Islander community as an example of commitment to public service. Our deepest condolences to his wife, Sami, his children and the rest of his family,” said Floyd Mori, president and CEO of the Asian Pacific American Institute for Congressional Studies.

U.S. Sen. Mazie Hirono (D-HI), said Takai was a devoted public servant who while in public office for more than two decades was committed to bettering Hawai‘i and the United States. She said Takai was also a celebrated champion collegiate swimmer, a Lieutenant Colonel in the Hawai‘i Army National Guard who served in Operation Iraqi Freedom, and a devoted family man. 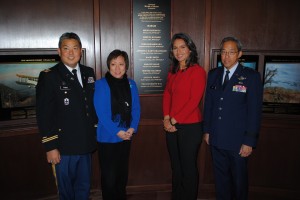 “I affectionately called Mark my younger brother,” Hirono said. “We shared so many of the same values and supported each other during challenging times. Mark’s passing is a tremendous loss for all of us who loved him, and for the state of Hawai‘i. But he said it best- ‘as often happens, we find ourselves on a different journey than we had planned.’ While we find that our journey is not as bright without Mark, we will continue his work to make Hawaii a better place. My thoughts and aloha go to his wife Sami, his children Matthew and Kaila, and the Takai ohana.”

U.S. Rep. Tulsi Gabbard (HI-2) said she is deeply saddened with the passing of her friend, colleague and fellow soldier. Gabbard is a major in the Hawai‘i Army National Guard.

“I’m grateful to have known and worked with Mark for over a decade,” Gabbard said. “With a servant’s heart, full of aloha, he dedicated his life to serving the people of Hawaiʻi and our nation, in the Hawaiʻi State Legislature, in the Hawaiʻi Army National Guard, and in Congress. I had the good fortune of serving with Mark in all three of these capacities, and saw firsthand that no matter where he was, he always kept his service to Hawaiʻi’s people at the forefront of his actions.  Mark’s smiling face and ready laugh will truly be missed, but the impact that he made through his life of service to the people of Hawaiʻi will always be remembered. My heart and prayers are with Sami, Matthew, Kaila, and all of Mark’s family and loved ones during this difficult time.”

“Mark was a decorated war veteran and proud member of the Hawaii Army National Guard, but more importantly, he was an outstanding colleague who truly embodied the aloha spirit and worked tirelessly to improve the lives of the people of Hawaii and all Americans,” Chu said. “As a member of the Congressional Asian Pacific American Caucus, he also led notable efforts to benefit the Asian American, Native Hawaiian, and Pacific Islander community, including efforts to reunite Filipino World War II veterans with their loved ones, secure treatment for veterans suffering from service-related radiation exposure, and commemorate the patriotism of Japanese Americans during World War II. I always enjoyed working with Mark and will never forget his strong commitment to bettering our country.”

“On behalf of CAPAC, I thank his wife, Sami, and their children, Matthew and Kaila, for sharing Mark with us and the people of Hawaii. He will be deeply missed, and my thoughts are with his family and loved ones during this difficult time,” Chu said.