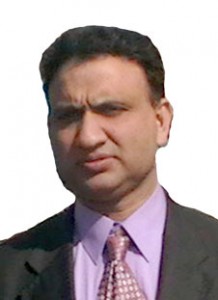 Seattle mega-church pastor Mark Driscoll of Mars Hill Church created an uproar when he stated earlier this year that Yoga is “absolute paganism.” “Should Christians stay away from Yoga because of its demonic roots? Totally. Yoga is demonic,” Driscoll said. “If you just sign up for a little yoga class, you’re signing up for a little demon class.” (Source: The Seattle Times)

Why is that Yoga, practiced by an estimated 15.8 million people in the U.S. alone, instills fear in some Christians?

The Seattle Times noted that Driscoll earlier made a similar statement: “There’s not creator and creation,” he said. “All is collapsed into what we call oneism. The result is that you don’t go out to God, you go into self. It’s not about connecting to God through the mediatorship of Jesus. It’s about connecting to the universe through meditation. It’s absolute paganism.”

Unfortunately, this opinion is not a far leap from that of the Catholic Church. I have discussed this very issue in great detail in my book: The Second Coming of Da Vinci – Real Lost Symbols of Bible.

Many pastors and church leaders believe that anything they don’t understand, in a literal and narrow Biblical context, is “demonic.”

Such low-ordered, two-valued logic erroneously reasons that: If it doesn’t originate, literally quote-and-verse, directly from the Bible (the entirely of their world in exclusion to all others where the Bible is the only “Word of God”), then any other religious practice must be “paganism.”

The difference is that Christians read it in the Bible and yogis practice it in life.

Pastor Driscoll is not alone in his misplaced opinions. According to Telegraph last month, Southern Baptist Theological Seminary President Albert Mohler warned his followers of the dangers of chanting Om – the Hindu enunciation during inward meditation and praise for the Divine.

“Christians are not called to empty the mind or to see the human body as a means of connecting to and coming to know the Divine. Believers are called to meditate upon the Word of God – an external Word that comes to us by Divine revelation – not to meditate by means of incomprehensible syllables,” he wrote.

Mohler’s remark, “Christians are not called to empty the mind,” should be placed in context with the Bible’s verse, Mark 7:15:  “There is nothing from without a man that entering in to him can defile him: but the things which come out of him, those are they that defile the man.”

Continuing in Mark 7:21-23: “For from within, out of the heart of men proceed evil thoughts, adulteries, fornications, murders, “Thefts, covetousness, wickedness, deceit, lasciviousness, an evil eye, blasphemy, pride, foolishness: “All these evil things come from within, and defile the man.”

In The Second Coming of Da Vinci, we see the total focus on internal cleansing or purification of the mind as the process of moving from our lower mind to our higher mind.

One can still disagree that the verse cited above is not related to what Mohler is talking about. However, one can – even now – find further understanding from the Bible:

We can actually dig deeper, looking at Revelations 1:8: “I am Alpha and Omega, the beginning and the ending, saith the Lord, which is, and which was, and which is to come, the almighty.”

This verse supports Eastern Yogic assertion that Jesus was not limited to time and space but exists as an eternal consciousness: the Holy Spirit. When an advanced Eastern Yogi reads it, he or she can see the Yogic visions of Revelations. How different is this from what Krishna revealed as his deepest mystery to Arjuna…

In fact, all Yogic experiences are revealed in Revelations. So next time, we hear the imprecation that Yoga is demonic, we may ask them if they’ve ever read Revelations.

Sam S. Nath is the author of The Second Coming of Da Vinci: Real Lost Symbols of the Bible.