Unlike other Asian diaspora like the Chinese or the Japanese, the stories of the Hmong people are seldom told. 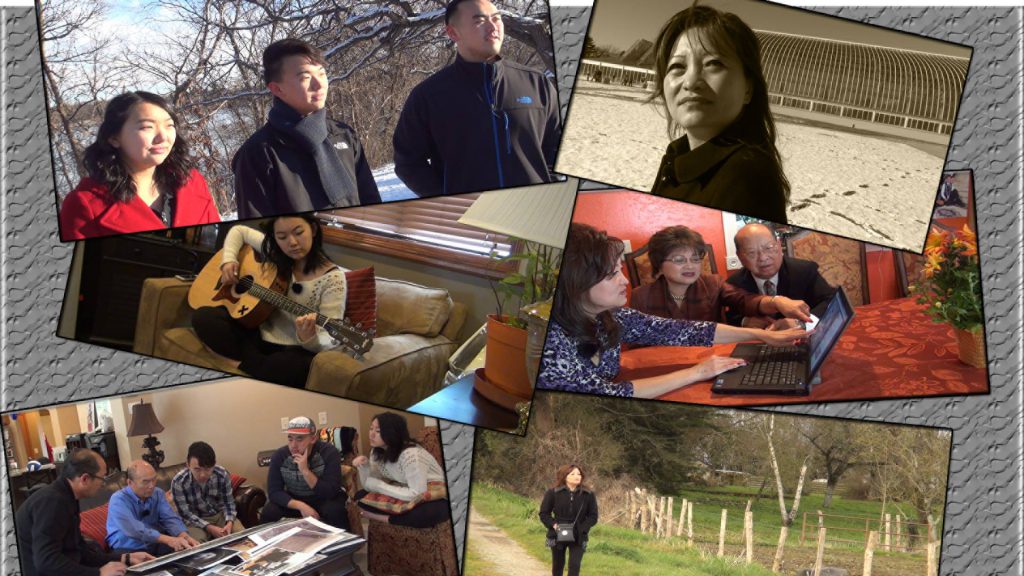 Scenes from the documentary film, “Growing up Hmong at the crossroads.”

“Growing up Hmong at the crossroads” is an informative documentary featuring voices from the younger generation of Hmong refugees who came out of Laos and Thailand after the Vietnam War ended in 1975, offering insights into the human search for a place to call home and the freedom to live and thrive.

Writer-director Safoi Babana-Hampton is an associate professor of French at Michigan State University. With roots in colonial French North Africa, Babana-Hampton has first-hand experience in the diasporic journey. In this her second documentary feature, the director highlights two Hmong refugee families in Minnestota, and presents to viewers an intimate portrait of Hmong descendants in search of their roots and a clarity of their place in their community and the global landscape.

The documentary is a collaboration of the Michigan State University and the Humanities Without Walls Consortium based at the University of Illinois, Urbana-Champaign, and in France, with Musée de l’immigration and Collège d’études mondiales. There are interviews with personnel from these institutions, offering international perspectives on the migrant issue.

The feature is eloquently written by Babana-Hampton and narrated by Cedric Naolu Lee, whose life story is the focus of the director’s first documentary “Hmong memory at the crossroads” (2015). “Growing up Hmong at the crossroads” will be screened April 15 and 23 at the Minneapolis St. Paul International Film Festival.

The two families in this documentary have their ancestral roots in Laos, part of French colonized Indochina in earlier decades. During the Vietnam War, the Hang Family’s grandfather Tru Hang was working as an intelligence officer for the American troops. As the American Military retreated at the end of the War, Hang was evacuated to Thailand, and later from there to St. Paul, Minn.

As for the Yang-Vang family, their patriarch, Dao Yang went to France for his education as a young man and later returned to Laos. As Communism took over at the end of the Vietnam War in 1975, he led his family of 37 to cross over to Thailand as political refugees in the pitch-dark night. From there, he moved back to France with his wife and young daughters.

We hear from Dao Yang’s daughter Maipa Vang-Yang share her story of being born in Nantes, France, then moving back to Laos with her family when she was six, forgetting all her French, then three years later had to re-settle in France again as the family escaped Communism. Later the whole family migrated to St. Paul, Minn. when she was 16 and with no English. Now she has three children of her own, feeling the need to connect them with their cultural heritage. To search for their roots, Maipa Vang-Yang and her parents go back to France to reunite with their benefactors, Father Bertrais’s and the Caillon families, who welcomed them into their homes when they were refugees escaped out of Laos. It is interesting to watch Maipa, having grown up in multiple cultures, navigate fluently between three languages, French, English and Hmong.

And for the Hang Family, we follow Tru Hang’s three grandchildren, Justin, Joshua, and Bella, all American born, as they go back to Thailand and Laos to search for their cultural roots. The siblings are moved by the beauty of the land, experienced hospitality and rediscovered their heritage in a country where their grandfather had once lived and called home. Now they are fully Americans, yet still treasure their heritage, and articulate their hopes that in this homeland of America, their cultural traditions can still be recognized and promoted.

The editing of the documentary may have some viewers confused as the two families’ stories are interspersed back to back through out, cut from one to the other without transition. Viewers might find this a little confusing. However, the camera captures them in authentic ways, their interviews heartfelt, and their voices the true value of the documentary. The Hang children, doing well in college and high school, have also shown themselves to be exemplars of a new generation of thriving Hmong Americans.

In contrast, there are those who are not so successful in their experience as migrants. In France, there is a heart-wrenching story from Marie Tcha. We also see how the young artist Jin Lee struggle to establish an identity, uses hip hop, graffiti and rap to create a niche for himself to thrive.

“Growing up Hmong at the crossroads” is a kaleidoscope offering glimpses of viewpoints on identity, home, hospitality, and the internal journey of the global diaspora of migrants, thoughtful reflections in the midst of our present-day contradiction of wall-building and fluid social boundaries.

For show times and tickets go to MSPIFF webpage here.