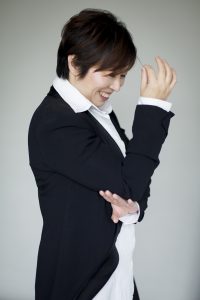 Xian Zhang (Photo by B Ealovega)

HONOLULU (Jan. 9, 2017) — Indulge in the beautiful music of Brahms as the Hawai‘i Symphony Orchestra (HSO) proudly features two of its own musicians — Concertmaster Ignace (Iggy) Jang and Principal Cellist Mark Votapek — in the Brahms Violin and Cello Concerto in A minor (also known as the Brahms Double Concerto) under the baton of Maestra Xian Zhang.

The concerts will be held at 7:30 p.m. Saturday, Feb. 4 and at 4 p.m. Sunday, Feb. 5, 2017. Zhang, who was recently appointed music director of the New Jersey Symphony beginning with the 2016-17 season, makes her second appearance with the HSO in this concert.

Zhang was appointed principal guest conductor of the BBC National Orchestra & Chorus of Wales in 2016. She is the first female conductor to hold a titled role with a BBC orchestra.

The stellar program also showcases Rachmaninoff’s Vocalise and two works by Tchaikovsky: the Suite from Sleeping Beauty and Marche Slave. Tickets for “Brahms Double Cocerto” are on sale now and range from $34 to $92. Student rush tickets ($13) and $20 military tickets ($20) will be available with a valid ID beginning January 30.

Brahms wrote his last work for orchestra, the Double Concerto, in the summer of 1887 for violinist and long-time friend Joseph Joachim and cellist Robert Hausmann. Brahms dedicated the work to Joachim – with whom he had had a bitter falling out – with the inscription, “To him for whom it was written.” As a path to restoring their friendship, the Double Concerto succeeded in the way that words could not. As a result of this peace offering, the world gained a work that marries soloists and orchestra on a grand scale, resulting in a wonderful synthesis and inspiring blend of virtuosic ability by two soloists who are at the top of their game.

A captivating fantasy, Tchaikovsky’s fairytale ballet Sleeping Beauty is the source of inspiration for ballet dancers around the world. His second ballet, it was an immediate success at the 1890 premiere. The Suite includes many treasured and familiar melodies including La Fée des lilas. 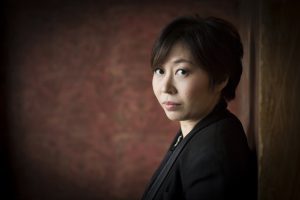 Xian Zhang (Photo by B Ealovega)

“This is going to be Maestra Xian Zhang’s second visit with HSO; she brings a lot of energy to the podium and I’m excited to work with her again,” said Ignace (Iggy) Jang. “The program is both attractive and tasteful. Rachmaninoff’s Vocalise and Tchaikovsky’s Sleeping Beauty feature beloved melodies, instantly recognizable.”

“Regarding the Brahms Double Concerto, I couldn’t think of someone better than Mark Votapek to do it with, as it requires great command of the instrument and equally great understanding of the music,” continued Jang. “The challenge will be to match our artistic vision with Maestra Zhang, but I have no doubt that this will be the beginning of a beautiful friendship. This is the only opportunity this season to hear a solo cellist (albeit with a solo violin), so I encourage everyone to come and enjoy this Masterwork series.”

“One of the most challenging parts of the Brahms, at least for cello, is that much like other great composers, Brahms cared more about the big picture; more about what he saying musically and philosophically, and less about what makes the solo instruments impress people,” said Mark Votapek. “In other words, it’s not a ‘showing off’ concerto, but quite the opposite. Another equally challenging part is that there are many subtle and even tender moments in the writing, yet these have to be projected over an orchestra and into a large hall. That’s a tough combination to pull off, and it requires a different kind of preparation than I usually do.” 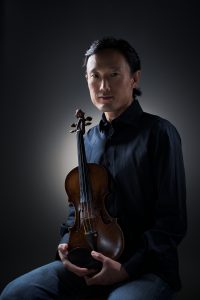 “The most obvious fun part of the work is that it begins as if it’s a standard orchestral introduction, and then a few seconds in comes a wonderfully bizarre surprise: a cello cadenza!” continued Votapek. “Audiences at the time, and probably still now, expect the cadenza at the end, so it’s a stunning and attention-grabbing compositional maneuver.”

About Xian Zhang
Recently appointed music director of the New Jersey Symphony Orchestra, effective from the 2016/17 season, Xian Zhang has served as music director of Orchestra Sinfonica di Milano Giuseppe Verdi since September 2009 with highlights including their televised debut at the BBC Proms in 2013, with Joseph Calleja. In September 2016, Zhang was appointed principal guest conductor of the BBC National Orchestra & Chorus of Wales, thereby becoming the first female conductor to hold a titled role with a BBC orchestra. A regular conductor with the London Symphony and Royal Concertgebouw orchestras, Zhang’s recent highlights include her debut with the Orchestre Philharmonique de Strasbourg and Orquesta y Coro Nacionales de España as well as performances with the Netherlands Radio Philharmonic, BBC National Orchestra of Wales at the BBC Proms and Orchestre National de Belgique where she will perform again this season.

Recent operatic performances include a return to English National Opera in October 2015 conducting La bohème, and her debut with Den Norske Opera in January 2016 conducting La traviata. Following Zhang’s hugely successful production of Nabucco with Welsh National Opera in June 2014, which subsequently transferred to the Savonlinna Festival, she returned to the festival in summer 2016 to conduct Otello – marking her debut with the opera company itself.

A champion for Chinese composers, last season Zhang conducted Qigang Chen’s Iris Devoilee with the BBC National Orchestra of Wales and National Centre for the Performing Arts where she will return in 2017, the world premiere of Qigang Chen’s Luan Tan with the Hong Kong Philharmonic in spring 2015 – a work commissioned by the orchestra – as well as Tan Dun’s Resurrection Concerto with the Los Angeles Philharmonic.

About Ignace (Iggy) Jang
An active soloist, chamber and orchestral musician, violinist Ignace (Iggy) Jang is the concertmaster of the Hawaii Symphony Orchestra, faculty member of the Music Department at the University of Hawai’i at Manoa and Punahou Music School. Jang has performed throughout the United States, Europe and Asia in concert halls such as the Bunkamura Hall in Tokyo, Theatre des Champs-Elysees in Paris, the Seoul Arts Center and the Sejong Cultural Arts Center, playing before the First Lady of Korea. Solo appearances include the Honolulu Symphony, the Colorado Symphony, the Versailles Chamber Orchestra, and L’Orchestre Provence Alpes Cote d’ Azur in France. As a chamber musician, he was invited among others to the Berlioz, Trieves and Chirens Festivals in his native France, the Jeju Isle Music Festival in Korea, and most recently toured Brazil, China, Brazil, Turkey and England. This past spring, Jang was a featured artist at the Music Teachers National Association national convention in Los Angeles. Jang is honored to have shared the spotlight with artists such as pianists Jon Nakamatsu, Jon Kimura Parker and Ralph Votapek; violinists Hilary Hahn and Chee-Yun; cellist Franz Helmerson; and ukulele extraordinaire Jake Shimabukuro.

About Mark Votapek
In 2015-2016, Mark Votapek joined the Hawai‘i Symphony Orchestra after a six-year absence from the Islands. He has been a member of the Maui-based Ebb and Flow Arts contemporary ensemble and Oahu’s Pacific Concert Artists International. In the San Francisco Bay Area, he can be heard performing with Musica Marin and Ensemble San Francisco, at the University of California at San Francisco, and with the San Francisco Ballet, San Francisco Symphony, and orchestras throughout the region. Formerly a professor at University of Arizona and the Interlochen Arts Center, he continues private teaching and coaching for the San Francisco Academy Orchestra and summer teaching and performances with the Mammoth Lakes Music Festival. Votapek, who has gained renown for combining music with the outdoors, recently completed a 27-performance recital tour from Mexico to Canada, backpacking the entire 2700-mile Pacific Crest Trail from concert to concert.

Active-duty military ($20) and student rush ($13) discounts will be available for this concert beginning, Monday, January 30. Tickets must be purchased at either the Blaisdell Box Office or at the HSO Box Office in-person. Appropriate ID must be presented at the time of purchase. For more information, call the Hawai‘i Symphony Orchestra Box Office (808) 94-MUSIC – (808) 946-8742 from Monday to Friday from 8:30 am to 4:30 pm.