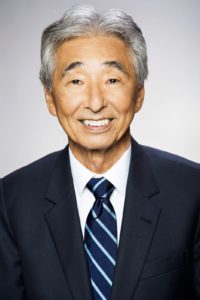 Tsuji was a Democratic member of the Hawaii House since 2013 and represented the Second District of Keaukaha, Hilo, Panaewa and Waiakea. He previously served as the District Three representative from 2005 until 2013.

According to Tsuji’s government website, he underwent successful Mohs micrographic surgery for Sebaceous Carcinoma, a form of skin cancer in August 2015.

U.S. Sen. Mazie Hirono (D-HI) said Tsuji represented the Hilo community that he grew up in, and that his drive to build a better future was evident by his actions.

“Clift brought a wealth of experience and over 30 years of business acumen to the Hawaii State House of Representatives,” Hirono said. “His voice on behalf of agriculture across the state will be missed. I considered Clift a friend, and my thoughts are with his family during this difficult time.”

U.S. Rep. Tulsi Gabbard (D-2) said Tsuji was a dedicated public servant, born and raised in Papaikou, and served the people of Hawaiʻi Island throughout his life. After graduating from Hilo High School, Tsuji served as a U.S. Army Reservist with the 442nd Infantry out of Hilo, and continued to serve Hawaiʻi Island in various community organizations, as a successful businessman, and as a representative for the people of Keaukaha, Panaewa, Waiakea, and parts of Hilo, she said.

“As chair of the House Agriculture Committee, Rep. Tsuji helped champion legislation to fight invasive species and strengthen our biosecurity,” Gabbard said. “I saw Rep. Tsuji recently at the Hilo Veterans Parade and, as usual, he was full of aloha, as he welcomed me to the community he loved so much. Today, my heart is with Rep. Tsuji’s family, friends, and all whose lives he touched.”