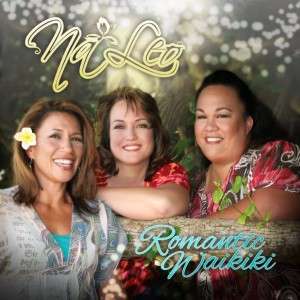 The HSO is proud to welcome Hawai‘i’s favorite vocal trio, Na Leo Pilimehana, to the stage for these joyful concerts featuring both their own music and definitive renditions of festive songs. Maestro Rob Fisher leads the HSO in Christmas standards, music from hit holiday movies, selections from the beloved Tchaikovsky ballet, The Nutcracker, and much more. Tickets are on sale now and range from $27 to $79.

The second concert of the HSO’s musicthatPOPS series, Holiday Pops celebrates the finest music of the season — from traditional to modern, sacred to secular — as well as local favorites. Everyone is warmly invited to participate in the traditional audience holiday sing along with the HSO. There’s no need to memorize all the words; song sheets will be provided. Consider Holiday Pops an early gift to set the perfect tone for the season.

Maestro Fisher is an internationally recognized music director, conductor and pianist, and a leading figure in American music and musical theatre. He has been a guest of virtually every major orchestra in the country as conductor or pianist. With the New York Philharmonic, he has conducted the acclaimed concert versions of Carousel and My Fair Lady as well as Mr. Keillor at 70.

Other recent highlights include debuts with the Boston and Chicago Symphonies and appearances with the Philadelphia and Cleveland orchestras, the Los Angeles Philharmonic, and the San Francisco, Atlanta, Pittsburgh, Baltimore, and National symphonies.

In addition to collaborating in concert with such artists as Renée Fleming, Kristin Chenoweth, Kelli O’Hara, Victoria Clark, Idina Menzel, Brian Stokes Mitchell, and David Hyde Pierce, Maestro Fisher has conducted Patti LuPone’s engagements with the Pacific, Phoenix, Atlanta, Fort Worth, and Chicago symphonies. He conducted the San Francisco Symphony in the Emmy-winning concert production of Sweeney Todd starring Patti LuPone and George Hearn. At the Chicago Lyric Opera, he led the record-breaking production of The Sound of Music.

Celebrating more than 30 years, Na Leo Pilimehana is the most popular, most award-winning and biggest-selling Hawaiian band in the world. Over their career, Na Leo signed with Sony Music Japan and became the biggest-selling Hawaiian artist ever in Japan, released over 23 CDs nationwide, and have had over 20 #1 radio hits in Hawai‘i including Flying with Angels, Friends, North Shore Serenade, Local Boys, I Miss You My Hawai‘i, and many more. They recorded the biggest-selling single in Hawai‘i history (Local Boys) at just 17-years-old, and since then have won an incredible 22 Na Hoku Hanohano Awards, have been in the top 20 AC charts nationally with Poetry Man and The Rest of Your Life, and made music that’s become part of our lives and the fabric of Hawai‘i. They continue to perform to sell-out crowds in Japan, Hawai‘i and the US.

Tickets: Tickets range from $27 to 79 and are available online at hisymphony.org, at the Hawai‘i Symphony Orchestra Box Office or through the Blaisdell Box Office. $13 student rush tickets and $20 military tickets are available beginning Monday, December 7 with a valid ID (must purchase in-person). Military discount is available to all Active Duty, Reserve, National Guard, Coast Guard and Department of Defense members and their spouses.