CHICAGO (Nov. 7, 2015) — The 21st Annual Chicago Filipino Asian American Hall of Fame 2015 will be held 6 p.m., Nov. 14 at Hyatt O’Hare in Rosemont, Ill. The red-carpet awards gala dinner and dance will be held in the Hyatt Rosemont’s Ballroom.

The Chicago Filipino Asian American Hall of Fame is a joint effort of the 33-year-old ethnic Filipino Asian media institutions in Chicago, VIA Times Newsmagazine and the Chicago Philippine Reports TV, also known as CPRTV (the one and only Filipino TV show in the Chicagoland area.) It is an outstanding annual community event that benefits the locally-produced CPRTV, airing every Sunday from 3 to 4 p.m. on Chicago Cable 25 (Comcast, RCN & WOW Cables) and other weekdays (except Monday) in different time slots. Part of the proceeds also benefit other charitable causes locally and in the Philippines. 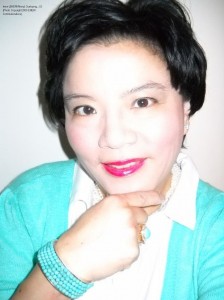 The awards are a prestigious honor in the Filipino and Asian American community of Chicago and the Midwest, also nationally and internationally. They recognize high-achieving Filipinos/Filipino Americans and Asians and Friends, focusing on their achievements in their own fields of interest or profession, and in their abilities and capabilities to promote the positive image of the Filipino not only in Chicago, but also in the entire United States of America, the Philippines, and throughout the world.

This most prestigious red-carpeted formal function that has been compared to the annual Oscars awards ceremony, will proudly present its most coveted HOF crystal trophies to the following 20 awardees:

Over 500 people are expected to attend the festivities. Serving as Masters of Ceremonies are veteran co-emceesMaria Girlie Pascual and Nick Vera Perez. The event’s hardworking coordinator is Jovie Calma, assisted by Ryan Tejero and their hardworking committees; the overall producer and founder of the annual Chicago Filipino Asian American Hall of Fame is Veronica Leighton, VIA Times Publisher and CPRTV Executive Producer, ably assisted by Joe Mauricio, VIA Times Co-Publisher and CPRTV Producer.

Tickets are $95.00 per person and are close to being sold-out as of presstime. For last minute availability, please check with individual awardees.