WASHINGTON, D.C. (Oct. 1, 2015) — In recognition of Filipino American History Month, which begins today and lasts throughout the month of October, Members of the Congressional Asian Pacific American Caucus (CAPAC) held a press conference to highlight their support for legislation to award the Congressional Gold Medal to Filipino Veterans of World War II. CAPAC Members also released the following statements: 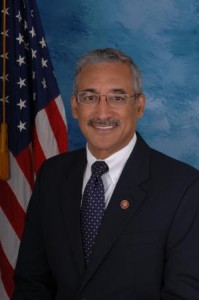 Congresswoman Judy Chu (CA-27), CAPAC Chair:
“As Chair of the Congressional Asian Pacific American Caucus, I am thrilled to join millions of Filipino Americans nationwide in celebrating Filipino American History Month. Throughout the month of October, we recognize the many contributions that Filipino Americans have made to our great nation –from cultivating our agriculture industries as migrant workers in California and Hawaii, to flourishing in academia, business, healthcare, politics, and the arts. As we celebrate Filipino American History Month, let us also recognize the brave service of our World War II Filipino veterans and their families. In Congress, I will continue to work with my CAPAC colleagues to push for legislation to grant these veterans with the benefits and recognition they deserve.”

Senator Mazie K. Hirono (HI):
“The rich history of Filipinos in Hawaii began with the sakadas who left the Philippines more than a hundred years ago to work on Hawaii’s sugar plantations. Today, Filipinos Americans are a cultural pillar in Hawaii and across the country, and have made countless contributions to our nation. As we celebrate Filipino American History Month, I will continue my work to ensure Filipino World War II veterans receive the benefits and recognition they have earned, and push for legislation that allows them to reunite with their children and fixes our broken immigration system.”

Senator Brian Schatz (HI):
“The rich traditions and strong values of the Filipino community are an important part of Hawai‘i’s vibrant culture. For generations, their contributions and achievements have made a lasting positive impact on our state and our country. Perhaps some of the most important contributions came from the more than 200,000 Filipinos who fought alongside American service members during World War II. Today, far too many of them have not received the basic veterans’ rights they earned. As we celebrate Filipino American History Month, we must continue our efforts to honor those brave Filipino veterans and their families by finally giving them the benefits and recognition they deserve.”

Congressman Mike Honda (CA-17), CAPAC Chair Emeritus:
“Every October, we celebrate Filipino American History Month to highlight the contributions they have made to our country. I represent the only Asian American majority district in the continental United States, and the Filipino population contributes to the fabric of Silicon Valley. While it is wonderful to celebrate the beauty of Filipino culture and history, we must also remember that we have a responsibility to highlight the mistreatment of Filipino veterans who fought with Americans in WWII. Of the 260,000 Filipino veterans who fought in WWII, the surviving 18,000 are still waiting to receive the benefits they were promised. In a country where we take pride in honoring the service of our veterans, it is unconscionable that we are not delivering on our promise to provide them with full veterans’ benefits. I hope that as we pause to recognize the differences Filipinos make in our country, we will also recognize the sacrifices they have made to make America stronger.”

Congresswoman Tulsi Gabbard (HI-02):
“For centuries, Filipino Americans have made exceptional contributions to U.S. businesses, culture and arts, government, technology, sports, health care, military, and more. In Hawaiʻi, Filipino Americans have been integral to our history, from driving our plantation-based economy in the early 20th century to becoming leaders across every industry in our state and across the country today. As we celebrate Filipino American History Month and the many positive impacts the Filipino community has had, we must also continue to fight for issues like family reunification and honoring our Filipino veterans.”

Congresswoman Grace Meng (NY-06):
“In honor of Filipino American History Month, I am renewing my efforts to pass my legislation that seeks benefits for Filipino veterans who served in World War II. Filipino veterans are entitled to the same recognition and benefits that all former U.S. service members receive. They fought side by side with U.S. troops and put their lives on the line to preserve and protect our democracy. It is unconscionable that they continue to be denied the benefits they earned for their service to our country. We must right this wrong!”

Congressman Mark Takai (HI-01):
“In October, we take time to recognize and honor the tremendous contributions of Filipino Americans to our country. I am proud to represent a district with one of the most robust Filipino communities in our nation. That is why the first bill I introduced in Congress was the Filipino Veterans Family Reunification Act, a cause long championed by the Hawaii Congressional Delegation.  It is time to thank the Filipino soldiers who fought so bravely alongside the Allied Forces in World War II and were granted U.S. citizenship for their valor, by reuniting them with their families still in the Philippines. While this action can’t turn back the clock, it is the right thing to do.”