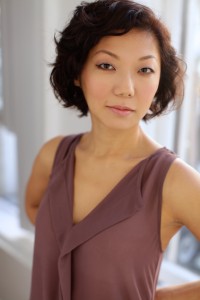 NEW YORK (April 28, 2015) — Sun Mee Chomet has been accepted as a member of the 2015 Korea Education and Exposure Program (KEEP-DPRK) peace delegation through Nodutdol, a New York-based organization focused on Korean community development.

Since 2001, KEEP-DPRK has been taking members of the Korean diaspora living in the U.S. and Canada to North Korea to learn about the history, struggles and daily lives of the people there through first-hand experience. She will be heading to DPRK in August with seven other individuals. The group will visit hospitals, schools, farms, the demilitarized zone (the northern part) churches, etc. in various cities.

“The information we receive here in the U.S. about North Korea through the mainstream media is almost exclusively comprised of negative images of the state, its government, and armies,” Chomet said. “We rarely hear from the people of the DPRK. I believe it’s important to learn about the daily lives of North Koreans and get their perspectives on their country and international issues. This summer is the 62nd anniversary of the signing of the armistice between North Korea and the U.S. – we are still at war, and the ramifications of the ongoing conflict are global. When I return to the U.S. I plan to speak and write about the experience, incorporating the research into my playwriting and social justice work as an artist.  I also plan to continue working towards peace and reunification of the Korean peninsula.

Each trip, the delegation hand-delivers medical supplies and medicine (antibiotics) to a local hospital. In 2013, the delegation made a donation of $9,000 worth of medical supplies and medicine to the Maternity Hospital in Pyongyang, which serves new mothers and their babies for free. KEEP-DPRK receives matching in-kind donations from Michigan-based World Medical Relief, through which it also purchases needed medicine and medical supplies. Our goal for medical aid fundraising is $7,500. With in-kind donations from World Medical Relief, the total value of the antibiotics we are bringing will be approximately $13,000.  The participants of KEEP-DPRK 2015 have started a fundraising drive to purchase this year’s medical supplies.

• Contribute on the Nodutdol donation page or via check to:
Nodutdol
53-22 Roosevelt Avenue, 2nd Floor
Woodside, NY 11377
Please include “KEEP-DPRK on behalf of Sun Mee Chomet” in the memo/comments box.

• Attend film screening in Minnesota!
When: Thursday, May 28th, at 7:30pm.
Where:  Parkway Theater in Minneapolis
What: “North Korea: Beyond the DMZ” film screening, directed by J.T. Takagi and Hye Jung Park
Followed by a Q & A with KEEP-DPRK participants
Suggested donation: $20
RSVP via Facebook

“My birth family lived in the northern part of Korea before 1950, as did many family members of Korean-American and South Koreans today,” Chomet said. “They were forced into silence, living in fear throughout the peninsula, never being allowed to talk about the past, much less cross the border again. Families have been torn apart for over 60 years.”

“I believe, as an actor and artist, that the first step toward healing is to give voice to the unvoiced past; by reuniting internal, psychologically fragmented pieces as individuals, we can help walls tumble down as a whole,” she added.

There is a growing movement towards a peace treaty, largely led by American women. Christine Ahn and Gloria Steinem are among women leaders marching from Pyongyang to Seoul on May 24, 2015, the International Women’s Day for Disarmament.  See great video below for more information at Women Cross DMZ Video and Women Cross DM Website.

For more information, proposed solutions, and context around the conflict on the Korean peninsula visit Korea Policy Institute, and the National Campaign to End the Korean War.

“I truly hope to see a Korean peace treaty (reunification of the Korean peninsula) in my lifetime,” Chomet said.