Washington, D.C. (Nov. 20, 2015) —  U.S. Senators Mazie Hirono (D-HI) and John Cornyn (R-TX), along with Representatives Mike Honda (D-CA17) and Ed Royce (R-CA39), on Thursday introduced the Minority Serving Institution Fairness Act, which resolves a current issue where institutions could only receive funds for one MSI grant, regardless of the different underserved student populations present on campus.

The MSI Fairness Act would allow institutions to receive multiple MSI grants if they are eligible, based on the diversity of students on campus. To protect institutions that predominantly enroll and serve a single large population of underserved students, 35% of MSI funds have been reserved for those types of institutions.

Increasing the ability of institutions to serve as Asian American, Native American, Pacific Islander serving institutions (AANAPISIs) is important to Southeast Asian Americans, who have educational attainment rates comparable to African American and Hispanic peers. According to the U.S. Census, approximately two-thirds of Laotian, Cambodian, and Hmong Americans and half of Vietnamese Americans have not attended college. Challenges to college enrollment and completion such as limited English proficiency, poverty, and being the first in the family to attend college can be addressed by AANAPISIs, which would have targeted programs to support the unique needs of Southeast Asian American students and other members of the diverse Asian American and Pacific Islander population. 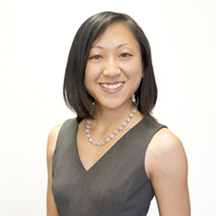 “SEARAC commends the Hirono-Cornyn proposal that enhances the ability of minority-serving institutions to fulfill their mission in providing exemplary education for all students from traditionally underserved backgrounds, many of whom are the first in their families and communities to pursue a college degree, changing their life outcomes, and their community’s outcomes. This proposal allows institutions to provide community-tailored solutions to meet the needs of their entire diverse student body — especially those from challenging socioeconomic backgrounds who deserve additional targeted resources to help them fulfill their potential,” said Quyen Dinh, executive director of SEARAC.

Institutions should not have to decide between groups of students that have been traditional underserved — colleges and universities should have the opportunity to support all students to succeed academically. SEARAC commends our legislators for the strong bipartisan support in addressing this important issue.

To read more about barriers to college for Southeast Asian Americans, click here.