Tue., March 1
SPEAK Series and Women’s History Month Kick-Off Event: Brianna Scurry will talk about “Overcoming Obstacles To Achieve Success On And Off The Field”
In this inspiring narrative, Brianna Scurry touches on her own struggles and setbacks, including her experiences as one of the first African American professional female soccer players and one of few openly LGBT players in the league. Offering deeply personal perspective, she provides audiences with encouragement and wisdom on overcoming seemingly insurmountable challenges and the importance of maintaining a positive outlook and remaining true to one’s self. Sponsored by the Lealtad Suzuki Center, Title IX and Equity Office, SACC, WHM committee, and Office of the President 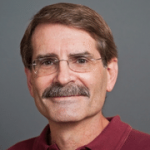 Wed., March 2
Daniel J. Hornbach Inaugural Lecture as John S. Holl Professor of Biology and Environmental Studies
Hornbach’s talk is titled “A Tale of Two Rivers – Using mussels to explore water quality in two Minnesota Rivers.” He joined the Macalester faculty in 1984 and currently chairs the Environmental Studies Department and holds a joint appointment with Biology. Hornbach has conducted research with over 90 students during his time at Macalester. This research has been supported by over $1 million in grants from a variety of agencies. Much of this work has focused on using freshwater mussels as sentinels of environmental health. Hornbach’s current research focuses on the impact of suspended sediment on mussel communities in the Minnesota River basin that he conducts jointly with Geology Professor Kelly MacGregor and other colleagues at the St. Anthony Falls Lab of the University of Minnesota.
+ John B. Davis Lecture Hall, Ruth Stricker Dayton Campus Center, 1600 Grand Ave., St. Paul, Minn., 4:45 p.m. FREE, 651-696-6274. 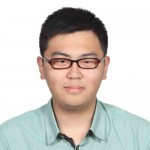 Sun., March 6
The Frederic Chopin Society presents pianist Steven Osborne
Scottish pianist Steven Osborne’s star as a concert and recording artist has been rising steadily for more than two decades. He has won numerous awards for his 19 recordings on Hyperion, among them two Gramophone Awards (2009 & 2013), and in 2013, he was selected Instrumentalist of the Year by the Royal Philharmonic Society. Osborne is known for his broad range of repertoire, from traditional classical to newer and more eclectic. This will be his third appearance with the Chopin Society. Program includes works by Schubert, Debussy, and Rachmaninoff.
+ Mairs Concert Hall, Music Building Janet Wallace Fine Arts Center, 130 Macalester Street, St. Paul, Minn., 3 p.m., tickets call 612-822-0123 or [email protected]