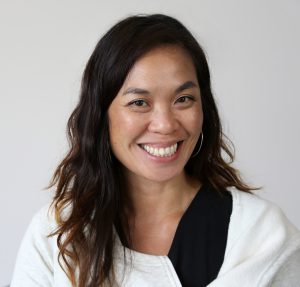 Nashville, Tenn. (Feb. 27, 2017) — The Legacies of War exhibition by Sisavanh Phouthavong opened on Saturday at the Tinney Contempoary Gallery at 237 5th Avenue North, in Nashville. The opening reception for the exhibit will be held March 4, and the exhibition will run through March 25.

Sisavanh Phouthavong is one of the first professional Lao American visual artists and educators of her generation. This new body of work is inspired by the organization Legacies of War (legaciesofwar.org).

The Legacies of War mission statement is to “raise awareness about the history of the Vietnam War-era bombing in Laos and advocate for the clearance of unexploded bombs, to provide a space for healing the wounds of war, and to create greater hope for a future of peace.”

The Tinney Contemporary Gallery specializes in collectable modern art by established local, regional, national, and international artists, including Phouthavong, who has exhibited there frequently throughout the years since her first exhibits there in 2009, which included three shows Winter Walls, Mixed Emotions and Reflected Ambivalence.

The Tinney Contemporary Gallery present a series of rotating exhibitions throughout the year and participate in the First Saturday Art Crawl on the first Saturday of each month.

Through her powerful acrylic work, she confronts the challenges of bicultural memory and documentation. She considers notions of the abstract and the concrete for those who must remember both their inner and external histories in a diaspora framed by secrecy and loss. Her work probes what is shared, what is felt, and what must remain deeply personal among the lessons passed on to the next generation as it heals and rebuilds. Over 5,400 Lao refugees resettled in Kansas in the aftermath of the Laotian Civil War that ended in 1975, with Phouthavong’s family among them. 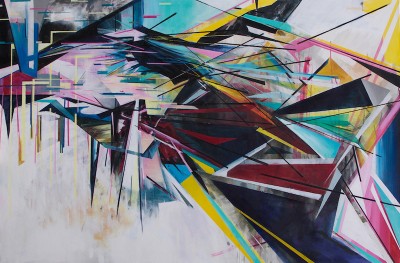 Art from the Legacies of War exhibit.

Today, over 492,000 people in the US are estimated to have roots in Laos, many arriving in the US a little over 40 years ago. In 2016, President Obama made a historic trip to Laos as the first seated-President to visit the nation. Almost 1/3 of Laos remains contaminated by unexploded munitions dropped by the United States during the secret bombing campaign during the Vietnam War, and nearly 1/3 of the victims are children under the age of 12.

For 14 years, Phouthavong has been an Associate Professor of Studio Arts in Painting at Middle Tennessee State University of Liberal Arts College, in Murfreesboro, Tenn., one of the few Lao Americans teaching art at the college level. She was also a painting instructor for the Tennessee Governor’s School for the Arts at MTSU from 2004-2007. She holds an MFA in painting from Southern Illinois University of Carbondale, as well as a BFA in painting from the University of Kansas-Lawrence. You can visit her online at http://www.sisavanhphouthavong.com.

For more details about the exhibit, visit: http://tinneycontemporary.com/exhibitions/details/legacies_of_war.