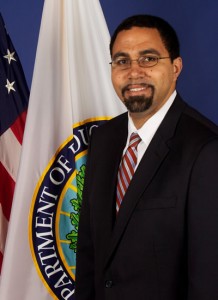 In a White House AAPI press release Thursday, King said it is of critical importance that the two both recognize and address the needs of all communities, including Asian Americans and Pacific Islanders.

“In my role as co-chair of the Initiative, I want to be sure that we continue to work to close persistent opportunity gaps for portions of the AAPI community that have been consistently underserved,” King said. “As Secretary of Education, I will continue to work to ensure all students have equitable access to resources, high achieving schools and well-prepared teachers. Under the new Every Student Succeeds Act, there is a continued role for the U.S. Education Department to advance educational equity for all children.”

The Asian American and Pacific Islander community is extremely diverse and is now the fastest growing racial group in the country, according to recent findings. This community continues to face the model minority myth that most are well-educated, affluent, and self-sufficient. This myth has prevented AAPI communities from fully benefiting from federal programs and resources targeting vulnerable and underserved communities.  In reality, the AAPI community is not a monolithic group, and each group faces unique challenges—from education and immigration to health and economic opportunity. For example:

Re-established by President Obama in October 2009, the Initiative is a broad-based government-wide initiative working to improve the quality of life and opportunities for AAPIs by facilitating increased access to and participation in federal programs, where AAPIs remain underserved. Previous co-chairs of the Initiative include former U.S. Secretary of Education Arne Duncan, former Secretary of Commerce and U.S. Ambassador to China Gary Locke, and Deputy Secretary of Labor Chris Lu.