$500,000 to support greater inclusion of nation’s rich diversity in the National Register of Historic Places 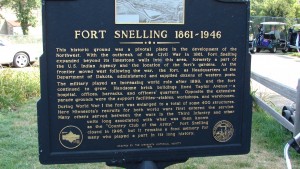 Working with various states, Indian tribes, and local governments, the grants will fund preservation projects at sites representing Latino, African American, Asian American, LGBTQ, women, and Native American communities. Secretary Jewell made the announcement while addressing the “Past Forward 2015” conference of the National Trust for Historic Preservation in Washington, D.C.

The grants are supported through the Historic Preservation Fund, which was authorized by Congress in 1976 under the National Historic Preservation Act. These grants are funded through a Fiscal Year 2015 appropriation. Congress allowed the fund to expire on September 30, 2015, leaving an uncertain future for funding similar projects. The federal investments are expected to leverage more than $258,000 in non-federal funds. The monies provided to the fund come from a small portion of Outer Continental Shelf oil lease revenues, not tax dollars.

“From cultural sites that give us appreciation of Native Americans who first walked this land to the Spanish influence seen in the San Antonio Missions to places that shaped our history from the Civil War to Civil Rights, this funding will preserve our history, telling a more complete story of America and her people,” said Secretary Jewell. “Reauthorization of the Historic Preservation Fund will preserve America’s rich culture and heritage while supporting valuable economic opportunities in local communities.”

“In 2016, we will celebrate the 50th anniversary of the National Historic Preservation Act and the 100th anniversary of the National Park Service,” Director Jarvis said. “As we approach these important milestones, we are especially mindful of our charge to tell America’s story through places that house the histories of distinct communities that have come together to form one nation with a common destiny.”

Nominations to the National Register of Historic Places will be prepared for: Piscataway Indian archaeological sites; tribal sites in the Village of Kake, Alaska; the Wolf River Archaeological district in Wisconsin; African-American resources to include Rosenwald Schools and Freedmen’s Cemeteries in North Carolina, and updating the Fort Snelling National Historic Landmark in Minnesota.

California: City of San Francisco Civil Rights Project — $55,000 to support the preparation of three National Register nominations and a citywide inventory for properties associated with the advancement of civil rights for African-American, Asian-American, Latino American, LGBTQ populations, and women 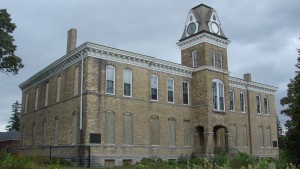 The administration building of the upper Fort Snelling that was used until 1946. It’s last role was to process Nisei Japanese Americans who studied at Fort Snelling to become intelligence translators in the Pacific Theater during World War II. (2007 AAP archive photo by Tom LaVenture)

Virginia: African-American contribution to Spotsylvania County Heritage — $3, 847 to increase the number of listings on the National Register of Historic Places as a continuation of a previous award grant

Authorized by the National Historic Preservation Act of 1966, the National Park Service’s National Register of Historic Places is part of a national program to coordinate and support public and private efforts to identify, evaluate, and protect America’s historic and archeological resources.