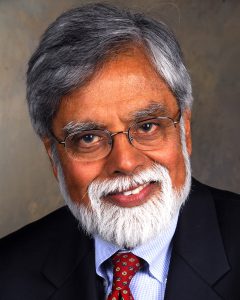 Minnesota State includes 30 community and technical colleges and seven state universities serving approximately 400,000 students. It is the fourth-largest system of two-year colleges and four-year universities in the United States.

The action comes as the board concluded that, after an extensive search, it had not yet identified the right individual to serve as chancellor on a permanent basis. With this appointment, Malhotra will serve as interim chancellor until a permanent chancellor is named.

“I am very pleased that Devinder Malhotra has agreed to serve in this critical role,” said Michael Vekich, chair of the Minnesota State Colleges and Universities Board of Trustees. “Dr. Malhotra is a gifted leader with the experience, the understanding of our system, and the collaborative skills required to lead the system while the search continues. In his previous service to Minnesota State as an interim president of Metropolitan State University, he demonstrated his ability to keep us moving forward. Dr. Malhotra will ensure our ability to serve students and communities across Minnesota so we can meet the state’s need for talent. I thank him for his willingness to serve.”

A tenured professor of economics for more than three decades, Malhotra has served on the faculty of the University of Southern Maine and the University of Akron. He holds a bachelor’s degree and a master’s from the University of Delhi, and a doctorate from Kansas State University. He also completed the Management Development Program of the Harvard Institutes for Higher Education.

“I appreciate the confidence that Chair Vekich and the Board of Trustees has placed in me,” Malhotra said, “and I look forward to once again serving the students of Minnesota State as we continue our critical work.”

Malhotra will succeed Chancellor Steven Rosenstone, who has served as chancellor of Minnesota State since 2011 and has announced his intention to retire at the completion of his contract, on July 31, 2017.

“Dr. Malhotra’s willingness to step into this role is a profound act of generosity. I have deep respect and admiration for him,” said Rosenstone. “He will lead Minnesota State just as he led as provost or interim president – with grace, wisdom, and sincere dedication to the mission of our colleges and universities.”

Details on the continuation of the search will be announced when they are available.