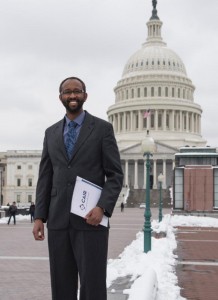 MINNEAPOLIS (April 6, 2015) — The Minnesota chapter of the Council on American-Islamic Relations (CAIR-MN) on Monday welcomed the renewed investigation of the St. Cloud School District by the U.S. Department of Education.

DOE officials have informed CAIR-MN that the department will renew its investigation of the St. Cloud School District based on Somali students’ allegations of harassment and discrimination and the inadequate action taken by the school’s staff and administration. A CAIR-MN video probes the claims that Somali students are being bullied.

DOE officials will be visiting to St. Cloud in upcoming weeks to begin its investigation. The Somali community is being encouraged to voice its concerns during that visit. CAIR-MN will be working with the community and the recently formed task force to help students and families prepare for that visit.

The issue began on Feb. 19, 2015, when students at St. Cloud Technical Senior High School walked out of their classes to protest the discrimination they claim to be facing without resolve. The protest occurred after a student sent a picture via Snapchat of a Somali student in a wheelchair with a caption suggesting that student was a member of ISIS, the terror group based in Iraq and Syria.

The CAIR national chapter responded by issuing a press release asking the DOE to address racial tensions in Minnesota schools.

In November 2011, St. Cloud Area School District 742 submitted a settlement agreement to the U.S. Department of Education Office for Civil Rights to resolve a case of harassment and discrimination on the basis of race, color, or national origin. CAIR-MN responded publicly welcoming the mandated federal compliance in school settlement.

The Monday CAIR-MN statement added that there is no end date for the settlement agreement. The case has stayed open, and will remain open, until the DOE finds that harassment and discrimination are no longer a concern in the District.