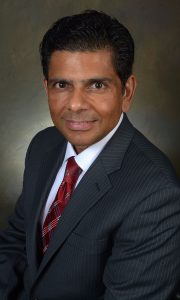 “St. Cloud State University has never been stronger – a testament to Earl Potter’s thoughtful and insightful leadership,” said Steven Rosenstone, chancellor of Minnesota State Colleges and Universities. “We must keep the university’s positive momentum going. Since his arrival last year in St. Cloud, Ashish Vaidya has shown himself to be a gifted leader. As interim president, Dr. Vaidya will provide sound and energetic leadership; keep the university moving carefully but steadily forward; and advance the university’s critical partnerships with the St. Cloud community. I have tremendous confidence in his ability to lead the university, and I also have complete faith that the larger St. Cloud community will lend its support to the interim president and to the university’s leadership team as they work through this difficult time.”

Minnesota State consists of 37 colleges and universities with over 16,000 employees offering nearly 4,000 educational programs to nearly 400,000 students. It is the fifth-largest higher education system in the United States.