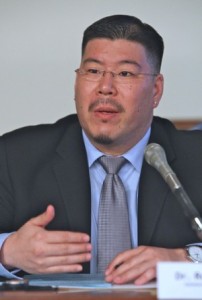 WASHINGTON, D.C. (June 25, 2013) — The number of institutions eligible to be  Asian American and Native American Pacific Islander-Serving Institutions (AANAPISIs) — a relatively new set of Congressionally-controlled colleges and universities falling under the umbrella of minority-serving institutions — continues to grow along with their increasing positive impact on the fastest-growing, but often the most overlooked and underserved Asian American and Pacific Islander (AAPI) student population. Likewise, there too is rising concern about disparities in federal investments to AANAPISIs that affect the quality of education and access to support services available for AAPI students, and other ethnic/minority students, attending these institutions.

Now, for the first time, a study conducted by the  Asian & Pacific Islander American Scholarship Fund (APIASF) and the National Commission on Asian American and Pacific Islander Research in Education (CARE) titled, Partnership for Equity in Education through Research (PEER): Findings from the First Year of Research on AANAPISIs, provides an unprecedented look into the untapped potential of AANAPISIs to answer three critically important questions:

• How many AANAPISIs exist nationally?

• How does promising practices at AANAPISIs impact the entire landscape of higher education?

• How can targeted funding and interventions help tap into the full potential of AANAPISIs?

The report, Partnership for Equity in Education through Research (PEER): Findings from the First Year of Research on AANAPISIs, examines baseline data on the federal AANAPISI program to reveal the regional and institutional representation of these colleges and universities along with their student enrollment and degree production rates. With the primary focus on postsecondary institutions that are eligible, designated, and funded as AANAPISIs, the study profiles AANAPISIs as being sites for innovation by highlighting findings from campuses that mobilized their resources to participate in APIASF/CARE’s PEER project — a three-year, $2 million effort to help realize the full degree-earning potential of the AAPI student population.

“AAPIs are frequently perceived as a successful ethnic/minority group that is not relevant to education policy and practice,” said Robert T. Teranishi, CARE principal investigator and associate professor of higher education at the Steinhardt School of Culture, Education, and Human Development at New York University.  “This study sheds light on institutions that are serving high concentrations of low-income AAPI students and how they are leveraging their funding as AANAPISIs to help students reach their full potential.  This is important for the AAPI community and the nation as a whole as we work to increase the proportion of Americans with college degrees.”

• By 2015, another 12 institutions are projected to meet the criteria for being an AANAPISI based on projected enrollment growth among AAPI undergraduate students; however, the projected increase will require an additional $4.8 million in funding needed over the current shortfall of $52.8 million.

In addition, Partnership for Equity in Education through Research (PEER): Findings from the First Year of Research on AANAPISIs concludes with an evaluation of all AANAPISIs’ academic and student support services and faculty development efforts to show these institutions’ impact in such areas as advising and mentoring, counseling, and tutoring as well as culturally responsive curriculum.

“The ongoing research from the PEER project provides clear information about the landscape of AANAPISIs and the impact that they have on the growing AAPI student population,” said Neil Horikoshi, APIASF president & executive director.  “This report helps create a cohesive voice and demonstrates the clear need for significant long-term investments to help ensure the success of all AAPI students.  As the fastest-growing community of color, the success of AAPI students and the institutions they attend can no longer be overlooked.”

Partnership for Equity in Education through Research (PEER): Findings from the First Year of Research on AANAPISIs is the first of a series of reports that share results from the PEER project. Forthcoming studies will shed light on the impact of promising practices and targeted interventions that promote access and success for low-income AAPI students.  It was released today at APIASF’s 2013 Higher Education Summit held at the Ronald Reagan Building and International Trade Center in Washington, D.C.

Earlier this month, CARE released a report, iCount: A Data Quality Movement for Asian Americans and Pacific Islanders in Higher Education, along with ETS, which shared that inadequate data conceal educational disparities for AAPI students.  In addition, APIASF and CARE launched a national public awareness effort in March, called the “We’re the Changing Face of America” campaign (www.changingfaceofamerica.com), to help increase college access and completion among AAPI students.