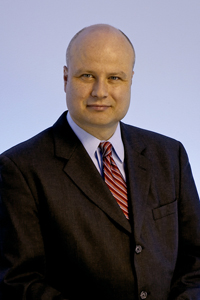 Washington, D.C. (Dec. 20, 2016) — Higher incomes among Asian American and Pacific Islanders compared to other communities of color have occasionally lead to the view of Asian Americans as economically more advantaged than other groups, a notion that ignores the high degree of economic inequality of Asian Americans reflected in the data on wealth.

This is among the findings published today by the Center for American Progress in a new report, based on original analysis with exclusively obtained data from the Federal Reserve Board’s triennial Survey of Consumer Finances. In the report, experts Christian E. Weller and Jeffrey P. Thompson look at the wealth gap among Asian Americans and Pacific Islanders living in the United States, finding that wealth inequality among Asian Americans is far greater than the already high wealth inequality among whites.

Asian Americans are not only the fastest growing racial group in the United States, they are also economically one of the most diverse groups, with a substantial share of Asian Americans struggling day to day. While the economic inequality among Asian Americans has long been recognized, the data to support this case are often missing. Because of the large variations within this community, the Center for American Progress has for years now called for the need to collect more nuanced and disaggregated data in order to ensure efficient policy solutions.

“The analysis of the data available for this report suggest that a large share of Asian Americans are in need of effective wealth-building policies,” said Christian E. Weller, senior fellow at the Center for American Progress and a co-author of the report. “That could come, for example, in the shape of more efficient policy interventions to boost savings, or more access to retirement savings for workers whose employers do not offer retirement benefits. Whatever it is, we will continue to need more systematic and targeted data collection on Asian Americans, Pacific Islanders, and all the communities represented therein.”