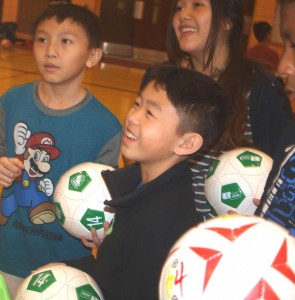 Several times during the year, the Sanneh foundation comes to north Minneapolis and provides training for players from poor families who could not normally afford this type of coaching

In addition, the Sanneh Foundation has donated soccer shoes, soccer balls, water bottles, backpacks and shirts to the players.

The Sanneh soccer camps emphasize soccer as a fun part of a healthy lifestyle of exercise and good eating. Both veteran soccer players and those trying soccer for the first time enjoy coming to the clinics. This April, in addition to learning soccer skills, players learned about good sportsmanship, and even learned a little Italian. In October, the Sanneh foundation combines its soccer clinic with a Halloween party. 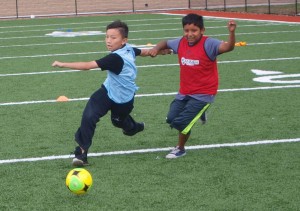