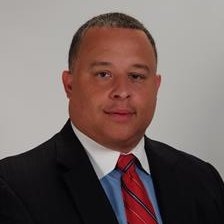 MINNEAPOLIS (March 24, 2016) — Cities, cars, cell-phones, teenagers – they’re all getting smarter thanks to new technologies, and so must the construction and real estate development industries pick up the pace on innovative change as well, says Ravi Norman, chief executive officer of Minneapolis-based Thor Construction.

Norman and Thor are doing all they can to show the way for clients to plan for a smarter future, through what the company calls its SMART Solutions approach to construction and real estate development projects.

Thor leads by example, as evidenced by Norman’s selection as one of four Minnesotans named to receive the 2016 Progress Minnesota Individual Award.

The award honors Norman’s deep civic and professional commitment to activities and projects that generate greater economic growth, jobs and prosperity for all Minnesotans. Among the contributions cited by the awards committee is Norman’s (and Thor’s) long-standing commitment to recruit and train more members of minority communities to work in the building trades, and foster entrepreneurial opportunities for minority business owners. The company’s commitment addresses issues identified recently in a Regional Indicator Dashboard developed by Greater MSP – the economic development organization for the Twin Cities — that measures economic and business competitiveness of the Minneapolis-St. Paul region over time.

The Dashboard looks at the vitality of the Twin Cities region from a holistic approach, taking into account not just the hard economic data such as wage and employment numbers, but also such factors as educational achievement among young people, the size of the economic disparity gap that disproportionately affects minority groups, and the region’s carbon footprint.

“Progress Minnesota recognizes those companies and individuals that lead the way for the entire region to increase its economic competitiveness and build a more prosperous community for all its citizens, and I am honored to be included as one of this year’s honorees,” says Norman. He also joins Richard Copeland, founder and chairman of Thor Construction, as one of two Thor executives featured in the Twin Cities Business Magazine’s “Top 100 People to Know in 2016.” Thor is the only company with two executives named to that elite list.

Norman advocates for a far-reaching approach to development decisions related to community building. “Using our Smart Solutions methodology, we can help clients – be they regional economic development authorities or individual companies – integrate their social, environmental and economic values into an optimal decision-making process,“ says Norman.

The use of advanced analytics to inform real estate, investment, development and construction decisions is a growth area for Thor, which believes that clients and stakeholders are best served when they are fully informed about the stakeholder perspectives, solution alternatives constraints, and trade-off implications associated with their building decisions.

“We believe it’s of utmost importance for clients to realize the full value of their building investments, including looking at factors such as cost-of-occupancy, sustainability, and community impact,” says Norman. “To the degree that we can get involved early on in the decision-making process with clients, the better equipped we are to help guide their decision-making processes. We also believe clients can be better served when all the key parties — owners, designers and architects, general contractor and sub-contractors, site selection people and community stakeholders — work together from the early stages of a project. The silo approach, in which the various disciplines involved in a building project work independently of each other, can be counterproductive at times, and often leads to costly misunderstandings of job priorities and disincentives over the course of a project.

“We’re a company that helps clients see around the blind corners ahead, to minimize problems and maximize return on investment for them,” says Norman.

Thor is also a proven leader in working to involve more minority workers in the building and construction trades, as the Progress Minnesota award citation also notes. “It’s no secret that the construction industry needs more skilled workers,” says Norman – 83 percent of contractors have trouble filling skilled positions today, according to the Association of General Contractors (AGC). “We have a real expertise in engaging with the minority communities to bring in more workers and subcontractors that we have honed through years of experience in the Twin Cities area. In so doing, we have developed a community-based model that we believe can be replicated, with due tailoring to local needs, in any metropolitan area in the country.

“I would be happy to discuss our talent development approach with community leaders from any region of the U.S.,” says Norman.

Thor is a full-service national construction company with offices in Minneapolis (Fridley) and Las Vegas. With revenues of more than $150 million in 2015, Thor is one of the largest minority-owned businesses in the country, and the largest minority-owned company in Minnesota. The company’s five major operating divisions are Thor Development, General Contracting and CMAR, Owner’s Representation, Self-Performing Work (Concrete in particular), and Sustainability. Thor’s construction industry experience includes Commercial, Residential, Civil, Sustainability and Specialty work. Since its founding in 1984, 90 percent of the company’s work has been on behalf of Fortune 100 companies.

For more information on Thor, please visit the company website at www.thorconstructioninc.com or call 763-571-2580.

The Progress Minnesota Awards program selects its annual award winners from among those companies and individuals who, by their investment of time, energy and ideas, have a significant impact on job creation, business development and the overall economic health of the Twin Cities and the entire state of Minnesota. Finance & Commerce, a Minneapolis-based daily newspaper covering the construction, real estate development, financial and economic development trends and industries in Minnesota, sponsors the annual awards program.