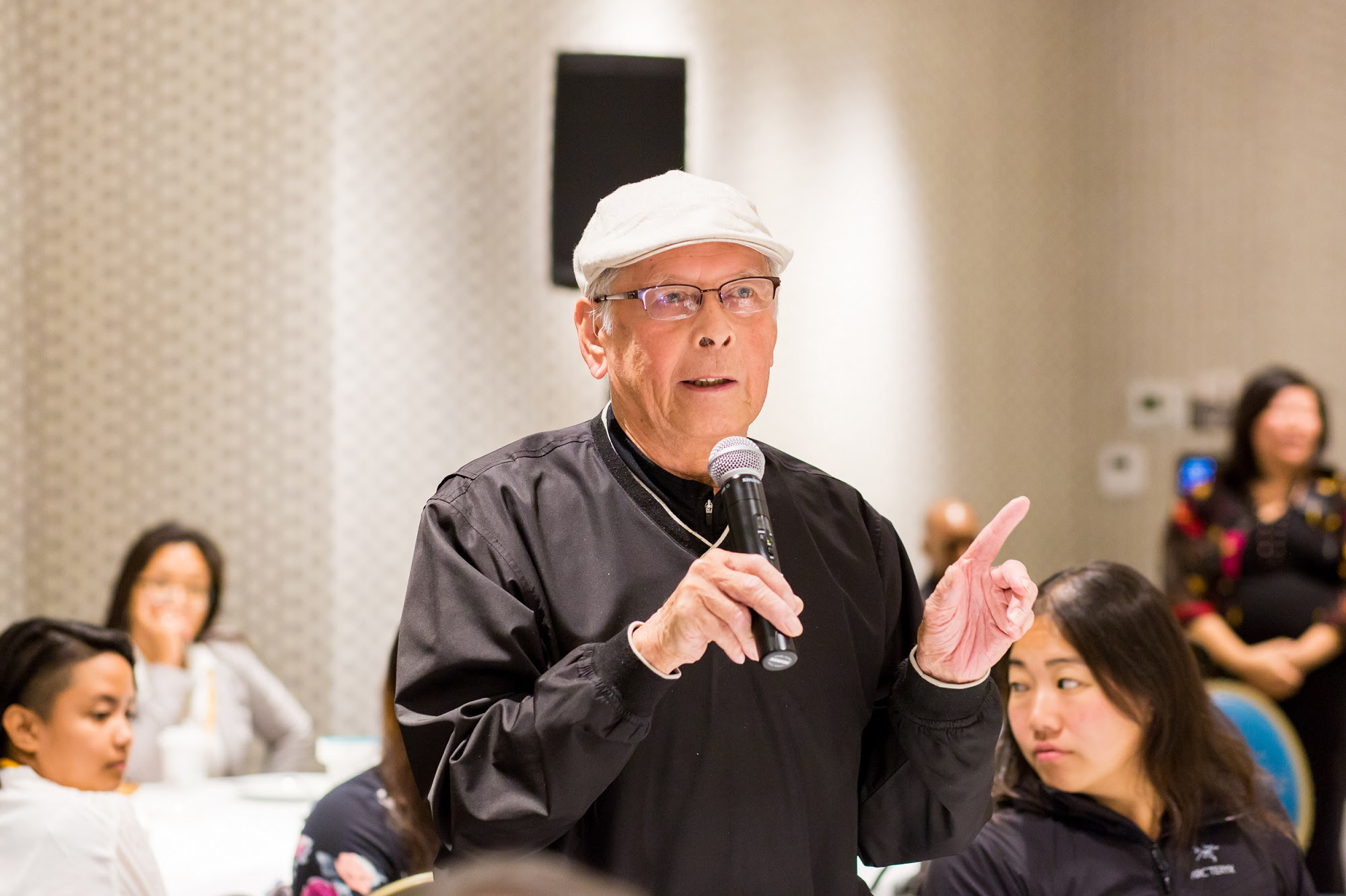 “No one has done more to revitalize Seattle’s Chinatown/International District and fight for civil rights and social justice than Bob Santos,” said OCA Greater Seattle chapter President Jacqueline Wu. “He was an icon who has left an indelible legacy as an effective and respected community leader who persistently fought for decent housing, seniors, children’s program and the under- privileged.  We will greatly miss his leadership, and will always be grateful and remember his work. Our deepest condolences to the Santos family.”

“Bob is one of the legendary ‘Gang of Four’ and a fighter for communities of color and social justice,” added University of Washington Professor and OCA Seattle chapter Vice President Connie So. “But what I always remember most was his candor, sincerity, and approachability. He was always willing to speak to my students about advocacy and drew upon issues that he cared about as an undergraduate student to empower others. From the fight for the International District and the preservation of our community, to his work at Inter-Im, Bob was always a tireless fighter for those he loved and the issues that he cared about.”

“In remembering Bob, he oftentimes made community work bearable with his jokes, laughter, and singing,” said community activist Frank Irigon, a longtime friend of Santos and OCA board member. “He made activism normal.”

Bob Santos was raised by his aunt and uncle. As a child, Bob spent his weekends with his dad, a former boxer who became blind, in the International District.  He became interested in the civil rights movement in the 1960s, joined the Catholic Inter-racial Council and Seattle Human Rights Commission, and became director of Project Caritas, which was located in the Central Area. There, he opened his facility to civil rights groups, including the Black Panther Party and Asian Coalition for Equity. He became director of the International District Improvement Association (Inter-Im) when that organization was struggling, and turned it into a strong community planning and advocacy organization that brought attention to the needs of the Chinatown/International area and the goal of preserving its cultural heritage.

Under Bob’s leadership, the neighborhood received millions for street improvements, decent housing, and programs for the elderly in the area. His leadership also resulted in the creation of the Seattle Chinatown Preservation and Development Authority and the establishment of the International District Special Review District, which provided overlay zoning regulations to help preserve the cultural heritage of the area. With Bob’s help and guidance, the community started a child care program (Denise Louie), counseling and social service agency (Asian Counseling and Referral Service), health clinic (International Community Health Center), housing services (International District Housing Alliance), and a community garden (Danny Woo Community Garden).

Bob was a visionary and doer, who later became the director of the Chinatown/International District PDA and the Regional Representative for the Department of Housing and Urban Development’s Northwest Region. When Bob, Roberto Maestas, Larry Gossett and Bernie Whitebear – each representing respective communities of color – began supporting each other and collaborating, they became the “Gang of Four” or the “Four Amigos”. Together, the gang formed a unity of communities of color coming together to determine their own destiny. Bob Santos has left an indelible mark on Seattle and should go down in history among Seattle’s prominent civil rights leaders, joining the likes of Chief Sealth, Horace Cayton, Gordon Hirabayashi, Wing Luke, and Tyree Scott.

National CAPACD is deeply saddened by the passing of “Uncle” Bob Santos this past Saturday, August 27, 2016.  Uncle Bob was not only a founding father of National CAPACD, but also a mentor and a friend to many of our past and current staff and Board.

In his role as executive director of both InterIm CDA and SCIDpda, Bob was instrumental in the preservation and growth of Seattle’s International District (ID). Much of the neighborhood’s vitality today can be directly attributed to Bob’s leadership and vision. One cannot walk through the ID without seeing Bob’s influence everywhere – from youth and seniors gardening together in the Danny Woo Garden, to the nationally recognized ID Village Square development featuring childcare, a health clinic, community center, and affordable family housing.

But Bob’s impact is felt far beyond Seattle and the Pacific Northwest.  For over four decades, he inspired new generations of young activists across the country to serve their communities and join the fight against injustice.  His humorous stories and sage advicetaught us all about the importance of building community – learning from one another, working together shoulder to shoulder, and making the time to celebrate and have fun together.

Our condolences go out to his family and to the Seattle community.  We feel your loss profoundly, and pledge to carry on his legacy through continuing the work he started.