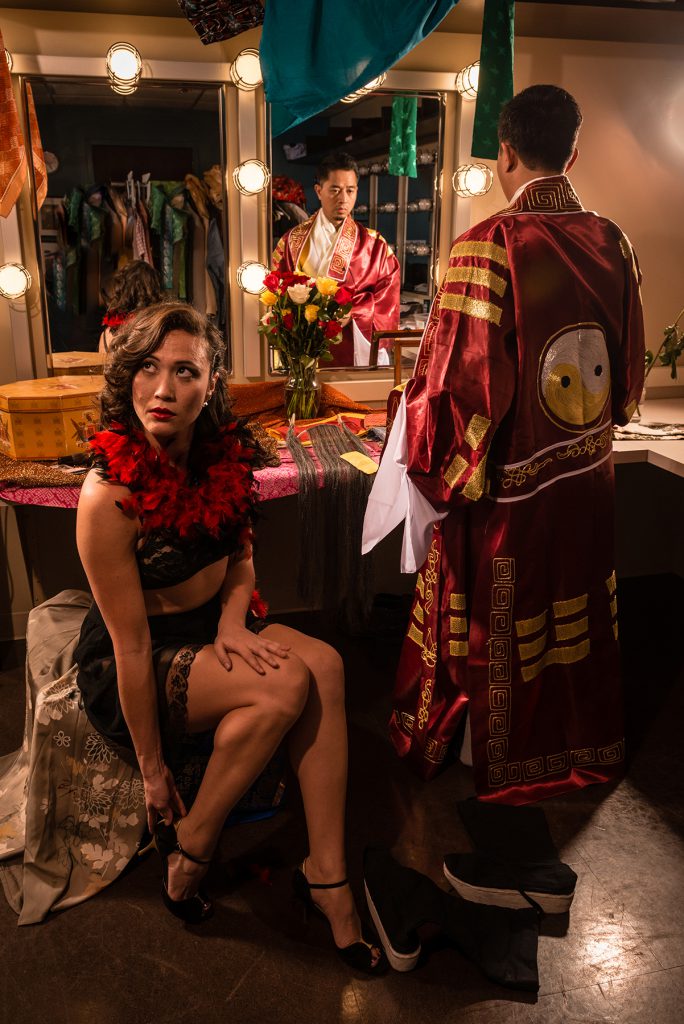 “I’m deeply interested in the story of Flower Drum Song and how it echoes the story of Mu Performing Arts,” Reyes said. “As an Asian American company, we wrestle with holding onto the traditions of our culture while assimilating to American audiences in order to survive.”

Flower Drum Song, created by legendary musical theater duo Rodgers and Hammerstein takes audiences to the vibrant world of San Francisco’s Chinatown in the 1950s to Club Chop Suey, a nightclub owned by a Chinese-American family. Old World tradition clashes with New World trends as two generations, father and son, struggle to honor and protect their cultural traditions while adapting to the changing times.

Featuring beloved songs such as “I Enjoy Being A Girl,” “I Am Going To Like It Here,” “Don’t Marry Me” and “Chop Suey,” Flower Drum Song is a funny, charming and moving story that explores what it means to be an American. It touches the history of every person whose forbearers once arrived as strangers to these shores of the United States. The play’s exploration of the immigrant journey in the United States remains extremely timely considering our current political state.

Reyes said he is thrilled to partner with Park Square Artistic Director Richard Cook and his talented team to present an important work in the Asian-American musical theater canon. This is the first time that Park Square and Mu Performing Arts had co-produced this important work.

“The ability to partner with an organization like Park Square allows us to create a lively, large-scale production that audiences are going to love,” Reyes said.

Cook said the co-production builds on a rich history of Mu-Park Square collaboration and mutual support that was auspiciously launched in 2004 with a much-lauded production of Stephen Sondheim’s Pacific Overtures.

“Since then, both Mu and Park Square have emerged as sophisticated producers of American musicals,” Cook said. “This production merges Mu’s unique Asian-American voice with Park Square’s celebration of embracing big-hearted musicals like Ragtime and The Color Purple.  It’s a mutual high bar that’s doubly exciting!”

MU PERFORMING ARTS is the largest Asian American performing arts organization in the Midwest. Founded in 1992, Mu tells untold stories from the heart of the Asian American experience — presenting a fusion of traditional and contemporary artistic influences ranging from classics to up-and-coming voices in our community. Mu’s continuing goal — to give voice to the Asian American experience through theater and taiko — is achieved through mainstage productions, emerging artist support, and educational outreach programs. Mu Performing Arts is a proud member of the Twin Cities Theatres of Color Coalition along with New Native Theatre, Pangea World Theater, Penumbra Theatre, and Teatro Del Pueblo, and the Consortium of Asian American Theaters & Artists. The 2016-17 season celebrates Mu’s 25th Anniversary season, a celebration of years of telling unheard stories, working with incredibly diverse communities, and empowering Asian American voices.