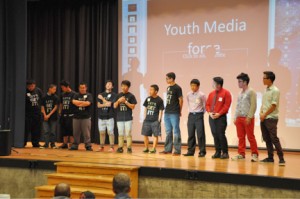 During the summit, students were split into groups and put into a rotation of workshops including: marketing, grant writing, creating a business plan, and other important aspects of business. Here students learned the basics of each and put them into action by developing their own business ideas, and formulating a business plan outline. Students used what they created to pitch their business ideas at the end of the day, for a chance to win part of the $2,000 grant money provided by the Minnesota Twins.

A total 23 teams proposed their business idea to compete for the Minnesota Twins award. Many youth created businesses and organizations to empower youth, which was beautiful to see: young people wanting to help other young people.

There were ideas for after school programs, which goes to show how much our communities need safe and fun spaces for our young people to gather. One fun and creative idea was refillable dry erase markers. The range in business ideas was a result of the diversity among the youth.  There were young people from the age of eight, all the way up to the age of 23. We had youth representing the Hmong community, Black and Pan African communities from both sides of the river all from a varying range of economic backgrounds.

After a tough deliberation, the winners of the Twins Grant were as follows:

Group winners In no particular order: 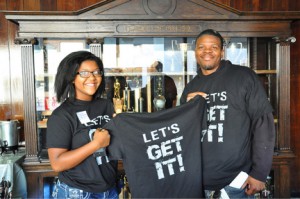 The overall message of the day was perseverance and going after your dreams. Miguel Ramos gave a moving talk about his transition from Mexico to America and overcoming struggles through determination and hard work.  Omar Tyree spread the message of having a vision and no excuses. Both speakers gave the audience much food for thought, and the serious future entrepreneurs a blueprint for success. We wish them the best. Let’s get it!