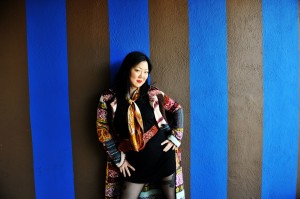 In the midst of a fundraising drive for it’s own “FOB at Chinese restaurants in Greater Minnesota” tour, Mu Performing Arts is offering donors of $20 or more a chance at winning free tickets to see Cho’s performance.

The contributions will go to offset Mu’s tour production costs and keep ticket prices as low as possible. Thanks to a grant from the Minnesota State Arts Board, FOB tickets are an amazing $5 each — but only if Mu raises $6,000 in matching funds.

The winner of the Cho tickets will be announced on June 19, one week before the show at Orchestra Hall.

Mu notes that Margaret Cho’s concert is intended for mature audiences. Her trademark raunchy, socially relevant and politically-charged comedy, includes material on her experiences as an Asian American facing stereotyping and racism in show business.

Beginning with her early days on the scene in Southern California, Cho gained popularity with stand up routines that took on the difficult material often considered taboo to many comedians. She has matured into a socially aware performer who has become an iconic leader with a voice of compassion to the disenfranchised and a sharp critic of the mainstream.

When Cho is not performing she is working to promote awareness for her passions of LGBT communities, anti-bullying and in support of several charities.

Find out more about Margaret Cho at http://margaretcho.com.

Any donation amount to Mu makes a difference, and $20 enters you into the drawing. To find out how to donate visit www.muperformingarts.org.

Find out more about the Twin Cities Pride Parade at www.tcpride.org.

Premium seating to Margaret Cho includes a reception from 5:30 to 8 p.m., with an open bar, a 2014 Pride pin, and free admission for one person to the 2014 Pride in Concert and Pride Festival Beer Gardens.