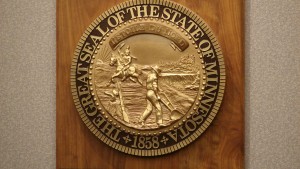 MINNEAPOLIS (March 25, 2015) — The Office of the Hennepin County Attorney announced that the driver involved in an 2013 fatality while high on meth was sentenced to 81 months in prison on Wednesday in Hennepin County District Court.

Darvin Roy Basche, 51, of Apple Valley, was sentenced to 81 months in prison, the strongest sentenced allowed under the sentencing guidelines, for driving under the influence and killing the driver of another car, Hennepin County Attorney Mike Freeman announced Wednesday.

According to a news release from Hennepin County Attorney Michael O. Freeman, on Jan. 15, Basche admitted that he drove under the influence of methamphetamine and caused the death of 58-year-old Elizabeth Pan-Chung-Ping Ketcher.

After listening to a crime victim impact statement from Ketcher’s eldest daughter on Wednesday, Judge Gina Brandt sentenced Basche to the maximum length of time permitted by the Minnesota Sentencing Guidelines. Basche’s lawyer asked for a probationary sentence.

According to reports, at about 7:40 a.m. on Sept. 24, 2013, Basche drove his employer’s commercial Ford pickup truck through a red light on Hennepin County Road 101 as he crossed Highway 7 in Minnetonka. He struck the driver’s side door of Ketcher’s Toyota Corolla as she crossed over County Road 101 on westbound Highway killing her. Ketcher, her daughter said, was on her way to a new job at Excelsior Elementary School.

Basche stayed at the scene and police gave him a breath test, which was negative for alcohol. A subsequent blood test, however, was positive for methamphetamine.