SAN FRANCISCO (Feb. 22, 2017) — Recently all 10 of the President’s Advisory Commission on Asian Americans and Pacific Islanders (AAPI) submitted their resignations to President Trump. The main reason: Trump’s policies have adversely affected Asian Americans in particular and minorities in general.

“We cannot serve under an administration that seeks to exclude members of our society or take away their rights, especially the Muslim community, which is very much part of our AAPI community,” stated former Commissioner Maulik Pancholy.

The Trump regime has gone against the basic principles in which the advisory committee was set up to perform: protecting the civil rights of all those living in the US, including the most vulnerable, and respecting the unique attributes of all individuals and communities, and ensuring linguistic, cultural, and financial access to health care as well as economic and educational opportunities for all. 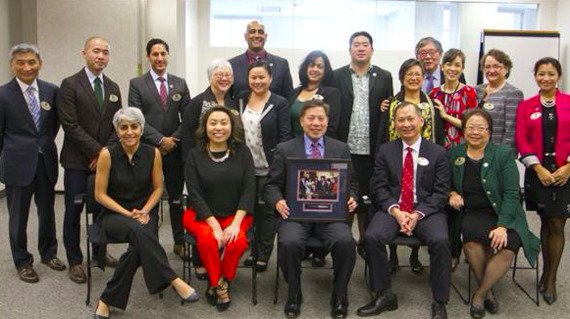 In an open letter the Advisory Commissioners wrote to Trump, they noted that they “firmly believe these principles are fundamental to our nation and need to be implemented and enforced at all times.”

Bans on refugees and those coming from the seven predominantly Muslim countries have torn families apart, creating confusion about America’s immigration and visa policies and created tension with countries that it needs to understand better. And by singling out individuals, families and communities for their religious beliefs, the president’s advisory committee concluded, Trump’s actions “create a religion-based test for entry into our country and threaten freedom of religion, a fundamental constitutional right.”

Indeed, America is now at a crossroad. In one direction is a pluralistic society defined by openness and porous borders and the profound understanding that it has always depended and thrived on the energy, ideas and contributions of newcomers, reborn through their hope and optimism.

It is one where there is an explicit understanding that immigrants have always transformed the world they enter, and in time they also influence the world they left behind as well. They are arguably the most crucial part of globalization that integrated the modern world. After all, who were the pilgrims but not the original boat people?

Many refugees along with immigrants resettled in America. And they are far from being helpless. Take the Vietnamese community, for instance. Now, 1.5 million strong, it’s a global tribe and quite an influential one since the Vietnam War ended 42 years ago when the first wave of refugees stepped onto the American shore. They helped build Silicon Valley here in California and from the very start, stood in assembly lines when the first Apple computer was being built. Their children grew up and worked in high-tech companies as engineers and designers, and now many are owners of new start-ups and some are running for local political offices.

Immigrants and refugees come to America to remake themselves and America in turn is renewed by their energy and vision. 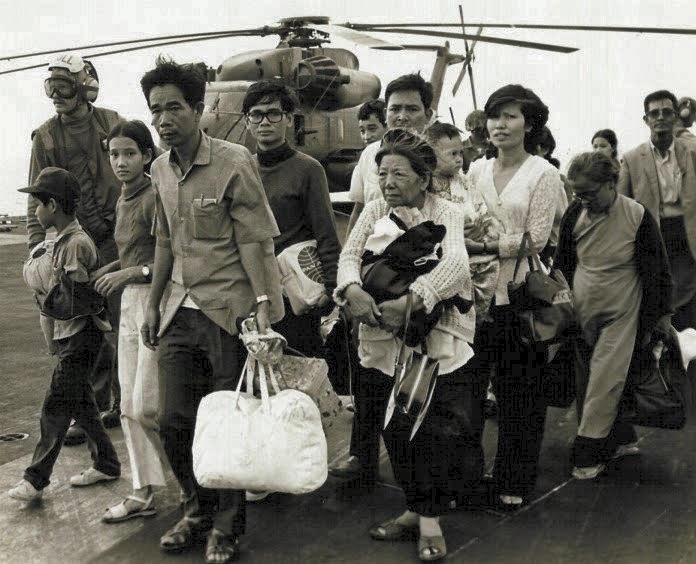 Alas, the United States is currently being ruled by a xenophobic White House as it seeks to strengthen law enforcement and going after its most vulnerable population. It is pushing the country down a dangerous path in which the American society becomes dangerously divided, with growing anger and rising racism, and a population that lives in constant fear of arrest and assault.

If America was once a country that opened its doors to immigrants and refugees, today its policies stand in stark contrast to its this tradition and its premise of open societies and sustainable, equitable growth undermined by ineptitude and barely veiled racist intentions. It’s a country in which the immigrant becomes the enemy. And those from the Middle East are automatic suspects, potential subjects for registration and targets for attention and abuse.

To be sure the voice of opposition to the Trump White House and its assaults on civil liberties are reassuring as are the numerous protests and the fights being waged demanding for balance in governance, and to protect the poor and the vulnerable. Town halls are full of angry, unsettled citizens demanding transparency and accountability.

“The question that confronts all Americans now as we put up barriers at the airports and build the wall is whether we are creating a prison for the rest of the world, or for us,” asked Doctor Tung Nguyen, one of the president’s committee member who recently resigned, and a former refugee from Vietnam.

For if the West extinguished itself as a beacon of hope, it will become its own misfortune as well. An America that practices intolerance is an America dangerous to its own citizenry, and to the world.

Andrew Lam is an editor at New America Media in San Francisco and the author of “Birds of Paradise Lost,” a collection of stories about Vietnamese refugees in San Francisco, “East Eats West: Writing in Two Hemispheres,” a book of essays on East-West relations, and a memoir, “Perfume Dreams: Reflections on the Vietnamese Diaspora.”